Ella wrote yesterday about a missing post of Abigail’s, relating to attitudes regarding nudity and sexuality within Islam, and I confess I missed that post entirely, hence it not being published! I’ll right that wrong in a day or two, but before I do I’d like to echo Ella’s thoughts regarding the objectification of ‘out of bounds’ women.

‘What lies beneath the burqa?’ is something that’s going to lead to fantasising and the sexual portrayal of such women, but we must remember that this isn’t a recent phenomenon limited to those ladies hidden under a burqa.

Something of a theme develops if we widen the idea of ‘the unavailable’ being sexualised.

It’s a ‘thing’, once you think about it. 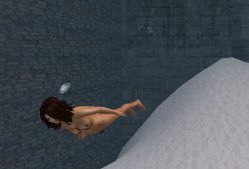 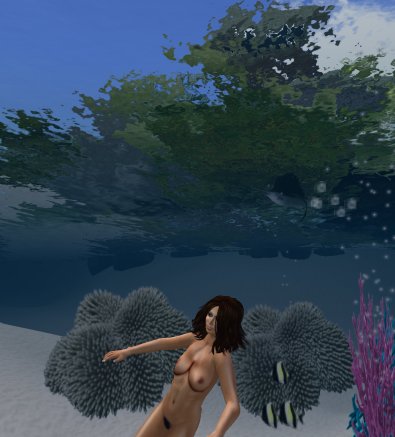 The photos, above, show the way in which this sense of ‘unattainability’ stretches into ‘art photography’ with both hijab and nun vestments being the source of eroticising the unattainable.

In all instances, not really SLN2 territory in terms of naturism, but certainly something that we return to again and again in the framework of the objectification of women.

I mention this because I’ve previously been at the Amazon River sims in SL, where you’ll get screen notifications that ‘if you have an exotic appearance you may be subject to unwarranted attention’.

While role-play and cosplay are core to some users Second Lives, there’s also a great truth behind it. ‘The Naked Savage’ was, to a degree, ‘unattainable’ in real life, and explorers, missionaries and others were thus drawn to them.

Christian missionaries arrive to convert these indigenous people, across the Americas, across Africa, while never being beyond having sex with the women.

Art shows these people as being naked, and thanks to the Bible one of the first things to be done was to clothe them -just as in Genesis. If we have ‘an enemy’, one of the things we do is dehumanise them. So, in current times, the entire ‘stripping the Islamic woman of her gowns of concealment’ really only follows on, I think, from a theme which has existed for centuries.

Abigail’s article on Muslim women’s attitudes to life (some of her source material drawn from some of her real life Muslim friends) is an exceptionally interesting (and lengthy) read. Because of its size I may split it into two parts.