Firestorm viewer, maybe others, have recently introduced an ‘avatar complexity’ facility, whereby you may not render fully to other avatars and appear, instead, as a ‘jelly doll’. 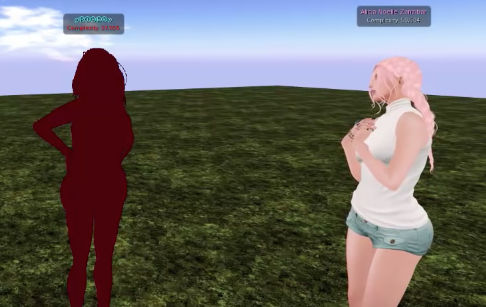 I’ve not seen any myself yet, but they’ve been (partly) the talk of SL for a few weeks now.

They seem a bit counter-intuitive. People spend all that money to have a great looking avatar, only to be rendered as a blob to those they may be trying to impress.

I’ve read that ‘mesh’ isn’t the issue here, my thinking being that mesh avatars were more complex and therefore increased lag. I’m still of the opinion that mesh was another counter intuitive step by Linden Labs. Flex hair looks real and moves, mesh hair is static. Retrogressive, to my mind.

My nod towards accessorising my avatar (hair apart) is often limited to a necklace and ear rings, as I might in real life. In the interests of research, I recently added as many accessories as I could to my avi, while remaining naked (i.e many piercings, tattoos, etc as I could muster), and I found it impossible to make my avatar reach the level at which it might not render correctly to other avatars.

I think the solution is clear here. Strip away the complex costumes and go naked! You’ll look great to other avatars and feel good about yourself not fretting about stupid clothes!

Which is pretty much how it works in RL naturism.

Further reading on this is at New World Notes, with several commenters remarks mirroring my own regarding the ‘retrogressive’ element of it.