Thanks to be able to follow Brenda on our Flickr feed, I’ve learned that there’s a new statue at the entrance to the Eden Boat Club at Eden Siskin.

One of the truly great things -amongst all the other truly great things- at Eden is the way in which there is a slow yet inexorable pace of change. Too many sim builders get carried away with constant, rapid change, something that can spoil the continuity of a place. Eden has a gentler change, so that if feels like the changes that do occur are occurring within a proper kind of time scale. You can imagine ‘the town council’ debating the erection of a statue, putting it to a vote, then building it, for it to become a familiar landmark.

Other sims seem to imagine that a total redevelopment of their place keeps things ‘exciting’. It doesn’t. Avatars, I think, like a gentle, almost realistic pace of change, and it’s something Elbag, Brenda and Dengo do superbly.

While researching vintage photos of nudes, I chanced upon a photo of Playboy’s ‘Playmate of the Month’ for September, 1969, Nancy McNeil, and I thought the clothing and pose had an air of Gor about them.

Within the world of Gor there’s a set of people called the ‘forewoman’, and the pose and dress/negligee certainly has something of that about it. 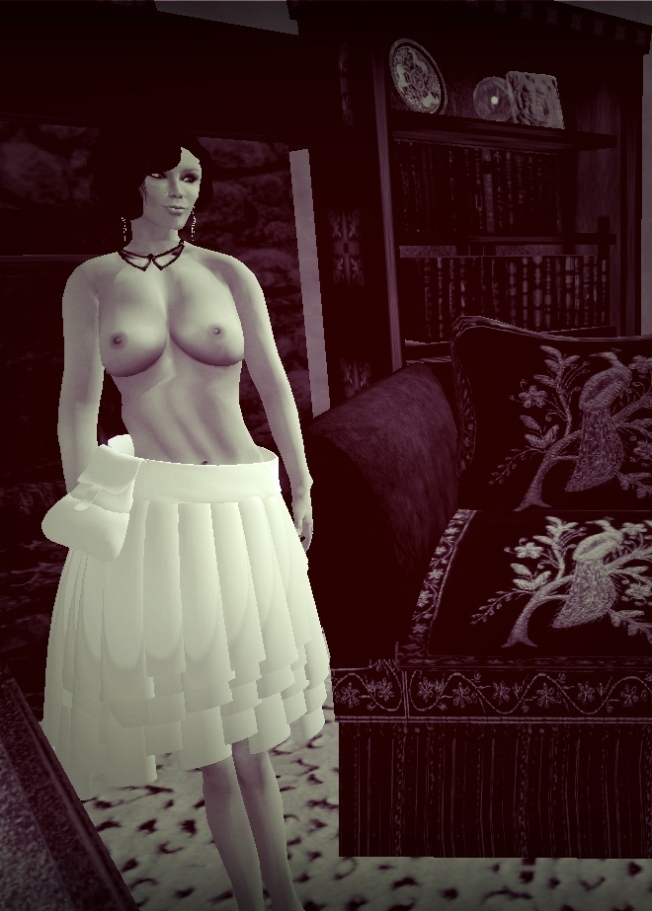 Model Abbey picked up a free Gorean kilt on the Marketplace, and texture changed it to replicate it as white, before I posed her in an old cottage.

The idea is not to slavishly (ha! how Gorean!) copy clothes and poses, but to try to capture a sense of the vintage style.

This led to a bit more exploration of that Playboy set of photos. 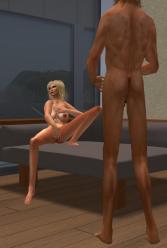 The photos are extremely ‘soft’ by today’s standards, but that’s part of the appeal. Nancy projects an air of sweet innocence rather than self-awareness.

My favourite of the gallery has to be the photo above, as it plays on the ‘unaware of her own sexuality farmer’s daughter’ theme often found in glamour type shots.

Stopping to pick up a straw hat on the marketplace, LS1, Abbey & I headed over to the Small Town Green Cafe sim (currently one of my favourite sims for photos) to try and capture a feeling of Nancy McNeil in the above photo. 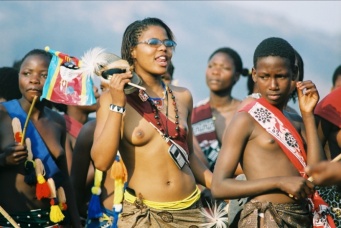 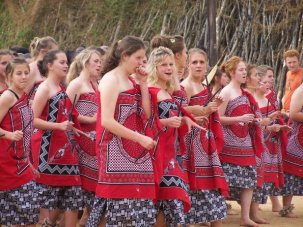 Abbey tells me her slightly old fashioned hairstyle is ‘Mabel’ by Emo:tions.