I’m delighted to say that I’ve been added to ‘the press pack’ for Friday’s ‘Burn2‘, the SL annual event that replicates the Burning Man festival. 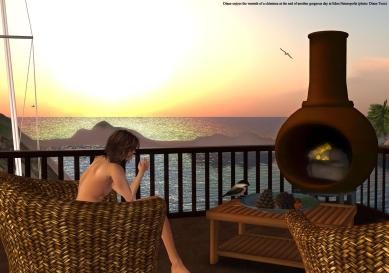 We’ve covered it before (not from a press insider point of view) and even considered having out own sim at it to replicates its ‘Critical Tits’ naked bike ride.

That didn’t happen because the ‘Burn2’ folk were away ahead of us in that regard.

But in real life, and Second Life, it’s very much a clothing optional event.

We’ll be reporting from, and participating in, as many events as we possibly can during the Burn2 event and reporting them here.

If you’re looking for a temporary sim where your naturism, your nudity, won’t raise an eyebrow, then Burn2 can be recommended. Watch out for my reports from Burn2 during the course of it being staged!