Second Life isn’t a constant naturist experience. Sometimes I throw some clothes on to go shopping! 😉

It was on one of these irregular trips beyond the naturist zones of SL that I chanced upon avatar Lavinia (or as her full initial SL name styles her, The Honourable Lavinia).

She had to be British, sporting a name like that. So I asked, and yes, she was indeed British, with an honorific name. ‘The Honourable‘ usually references the son or daughter of a Viscount or Baron.

‘I’m not posh’, Lavinia told me, ‘but I liked the idea of fantasising being posh, high-born, so I adopted the name. Then I got my Mum to play SL and she styles herself as a ‘Lady‘, hahah. Then we chanced upon an SL group called ‘Debrett’s Peerage’, which gives you a group title of ‘SL Aristocracy’, so we joined that. SL is all about fulfilling a fantasy, and I quite liked the idea of living an SL at odds to my own rather ordinary, working class life.

‘I did a lot of research on ‘the gentry’ in England, and I’ve run my SL within a certain framework accordingly’.

We repaired to a cafe to talk (I often like to do SL ‘interviews’ in an SL cafe if I can, it provides a relaxed ambience in which to talk to another avatar, plus it’s easy to find an empty cafe where you don’t get disturbed often) because I’d previously looked into the topic of royals being enthusiastic skinny dippers.

While we were talking, I noticed an array of stars across Lavinia’s tummy. Not very royal, I reasoned. ‘You’re wrong, though’, Lavinia told me laughing. ‘There’s a long history of royals being tattooed!’ A little research proved that Lavinia was correct. Royalty does indeed have a bit of a history under the needle.

‘I’ve got several SL tattoos because, like you, people don’t think that ‘the upper classes’ would do such a thing, but it’s historically correct. There’s a small irony in that I’m not remotely upper class, and don’t have a tattoo, but for the sake of accuracy I maintain several SL tattoos. What I found out during my research was that royalty have also been keen advocates of piercings. Look no further than the Prince Albert penis piercing!’ 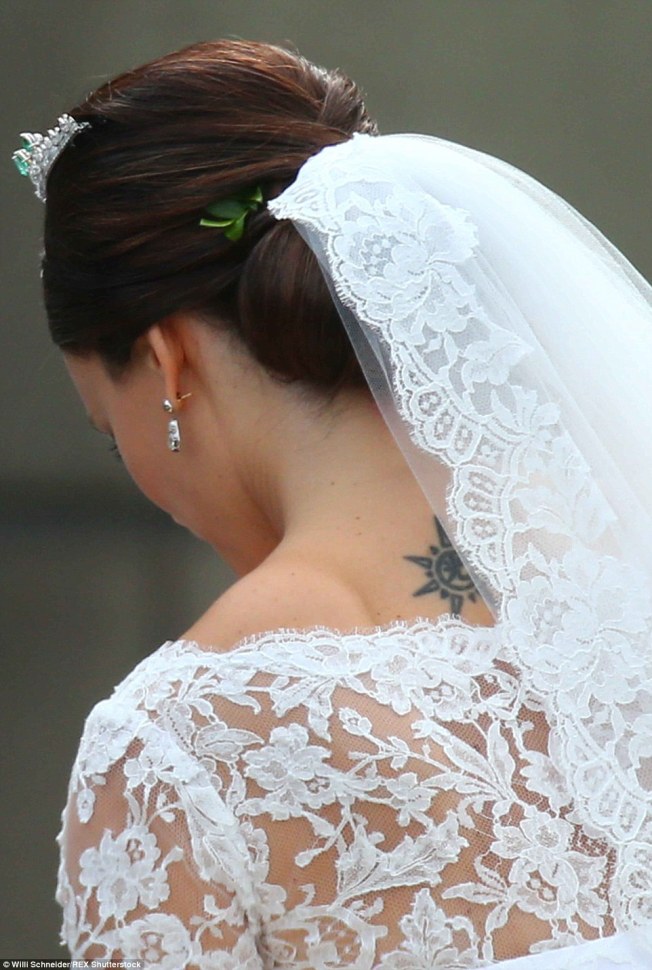 Princess Sofia of Sweden has a tattoo

Princess Stephanie of Monaco has several.

‘The idea’, says Lavinia, ‘is that the tattoos I utilise in SL should be discreet, in the same way that real life royals might have them’.

Lavinia keeps it discreet with an ankle tattoo

She also offered to strip off for the pages of SLN2. ‘It’s not something I’ve done before, but again there’s a kind of history with royals being comfortable getting naked, so it kind of fits the whole Lavinia back story’.

I’ve not posted the photos above to embarrass royals, but rather to show that if monarchy are supposed to be a symbol for their nation, from England to Monaco to Sweden and beyond, then ‘a semi naked royal’ merely reflects, and accurately captures, the mood of their nation. For most young French or English women, going ‘topless’ is pretty much normal behaviour. If we were to see a photo of royalty in Victorian swimwear we would, rightly, sneer at their disconnect with most of their subjects’ reality. And yet we are equally (well, the media are) astounded that (a) their females have breasts and (b) like to sunbathe in a style familiar with most of their subjects.

We’ve also seen this in recent days with photos of America’s next First Lady, Melania Trump, posing naked in a previous life. So what? I’m quite enamoured with the idea that the First Lady had an earn-a-living, unsanitised life before the White House (the closest America gets to royalty).

Not that that’s unique to the next First Lady… 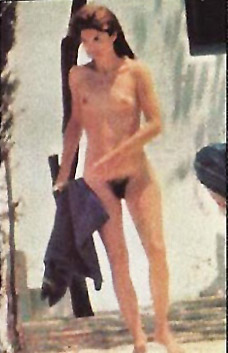 Jackie Kennedy (by then Onassis) enjoys some nude sunbathing. 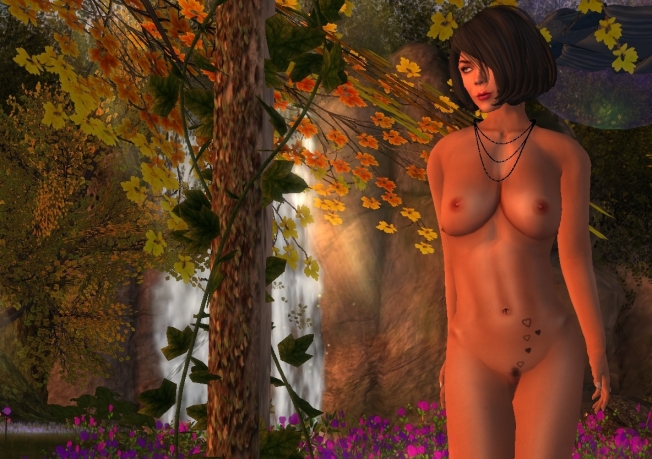 And so Lavinia poses nude, reflective rather than contemptuous of those who bear titles.

I have to say that the concept of royalty, or those who hold honorific titles, embracing tattoos seemed odd to me. (Semi) nudity less so, as these events have been well documented in the media.

But rather than think of royalty as an elevated set disconnected from the rest of us, perhaps we should reflect that, in many ways, they take their cue from us, the ordinary people, and adopt topless or nude sunbathing, or going under the tattooist’s needle.

Postscript: Lavinia told me that she’s encouraging her RL mother, and SL aristocratic mother, to go under the tattooist’s needle as well, in a bid for an accurate reflection of real life. Unfortunately, as of now, her mother’s avatar appears to have been abandoned.

One thought on “Royalty, tattoos and nudity.”