The neighbours next to the SLN presence at Eden Naturopolis (who I don’t know, I must introduce myself) have -maybe unwittingly- inspired this post with their rather delightful sense of Christmas and fun. On their helipad stands a crane with a tree about to be delivered. Having spotted it I asked Harry to photograph it, one thing led to another and…

…he also spotted Santa’s sleigh atop their TV aerial. Both photographs, for me, sum up the sense of fun that can be had in SL if one approaches it all with a sense of fun. Of course, Harry being Harry, he didn’t stop there, capturing our own SLN Xmas display (below).

If there’s one wish I want granted in SL in 2017 it’s that clothed avatars would keep out of the naturist sims!!!! This is starting to annoy me greatly now and has long felt like textile creep arriving in our sims, with increasing numbers of avatars teleporting in dressed, standing around, doing nothing and quite possibly just there to ogle naked avatars (I’ll write up a bit of a thesis on my thinking behind this some day soon…I actually do believe that many of the male avatars who stand around clothed on naturist sims DO arrive to ogle naked female avatars, and are probably IMing people furiously with that ‘Hi, you look beautiful’ schtick they’re fond of, the conversation that inevitably leads to ‘as you’re naked, fancy some pose ball hopping somewhere? But as I’m a tight ass I don’t actually own a home and prefer you to do the legwork for my pleasure’. I’m not quite sure of the clothed females motivations, though). 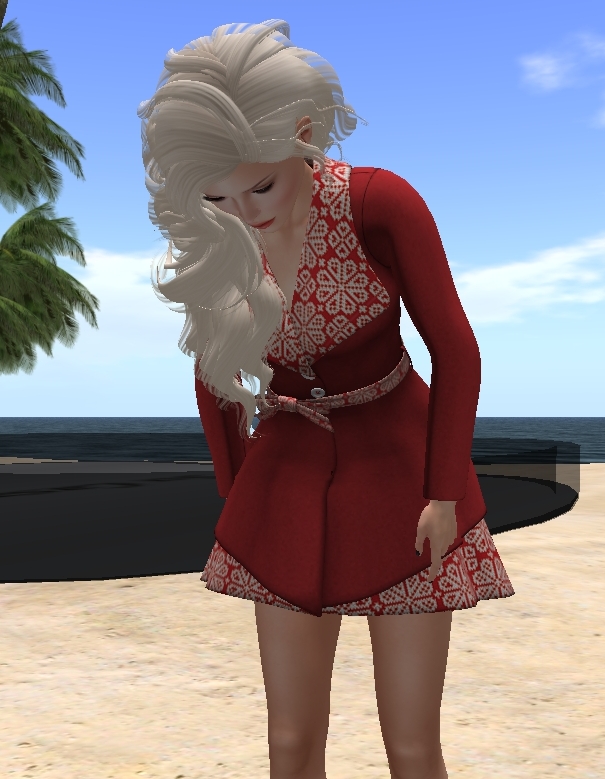 The entrance to Lupe’s. There’s a gift giver at the tree, gifts also available to non-members of Lupe’s 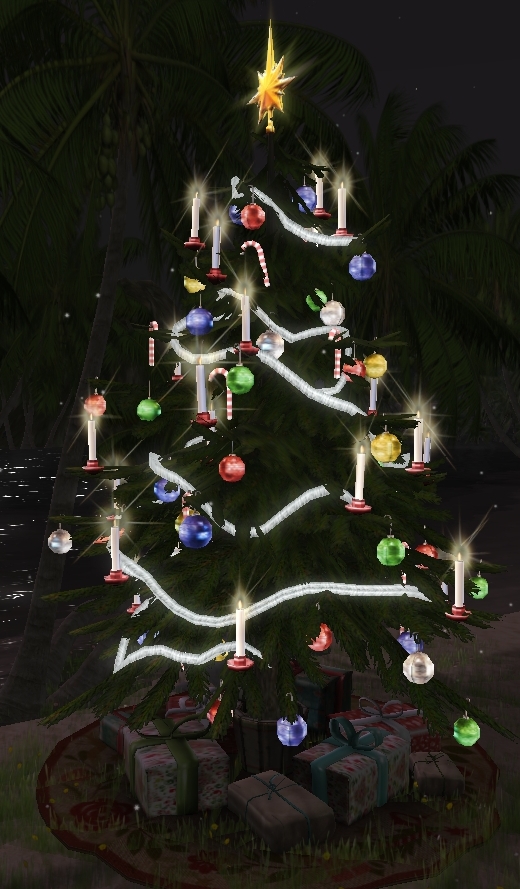 (above, the icicle lighted entrance to Turtle Coast, and the tree just inside their entrance)

The tree at Tess’s Naked Dreams

Ah! Yes! Agde…home to my naturist debut, now separating itself from ‘genuine naturism’ as a location of freaks, voyeurs, exhibitionists and people having sex in public. And again, we have a naked avatar being observed by clothed sand dune ‘meerkats’ whose heads bob up and down to catch sight of the naked people. This really is a major annoyance for me now. I know some sims label themselves ‘clothes optional’, so by rights visitors don’t have to strip, but there are places where the textiles outnumber the naturists, and it starts to feel non-naturist. Look, I’ve been a naturist for a long time now, twenty years, and I know that I’ve visited places labelled ‘clothing optional’ because I’ve not actually seen another topless woman, let alone nude person, on the beach, and so I decide to remain dressed. It’s now reaching a point where some SL sims would see me TP in wearing a bikini because they’re losing that naturist vibe. Let’s collectively tackle the menace of the clothed avatar in naturist sims in 2017. 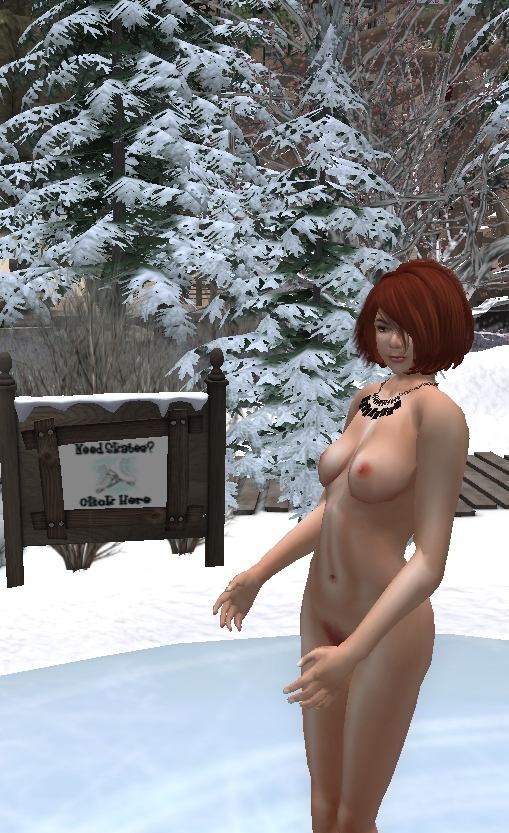 Harry makes straight for the ‘gluhwein’ stands at Eden Bumrose.

As if to prove it’s not just the hot, spiced wine he likes, Harry tries a hot chocolate at Eden’s ice rink. His verdict? ‘Nice marshmallows’.

When Harry met Mary. Harry helps redheaded avatar Mary, celebrating her first Christmas in SL, with her ice skating, and the finer points of how to drive a sleigh.