It’s February. Early February. With frost anticipated in this part of the world tonight. And yet…and yet..and yet…I’m aware there are some naturist groups already undertaking naturist activities not so far away from me with beach clean ups, the Irish Naturist Association undertaking one last year and, I assume (I can’t confirm) probably repeating the task this year.

This is what I’m referring to whenever I talk about a more rounded approach to naturism. Not only must we love the feeling of the air on our skin, we must also adopt a responsible approach to the locations we use for naturism or, indeed, textile beach activities. Donate a couple of hours, fill some rubbish on the beach (as readily likely to wash ashore as be inconsiderately left by beach users, although that occurs too) and leave the beach as you would wish to find it.

This is of particular relevance this week as we’ve been hearing about a whale dying in Norway with 30+ plastic bags in its stomach, a story that has been presented in most of the news outlets yesterday and today. Your beach clean up might just make the difference between some beautiful sea creature living and dying.

Some internet research has revealed to me that Ireland is the only country in Europe without a naturist beach, and it appears that their naturist association’s conservation work has been winning them friends in low places, with their activities being praised at local council level and having people look positively on the naturist lifestyle rather than something odd. It’s entirely possible that Irish naturists involved in this sort of activity would end up being the vanguard for wider acceptance of naturism in Ireland and result in an officially sanctioned beach there. I’ll investigate Irish naturism in more depth in the coming weeks. 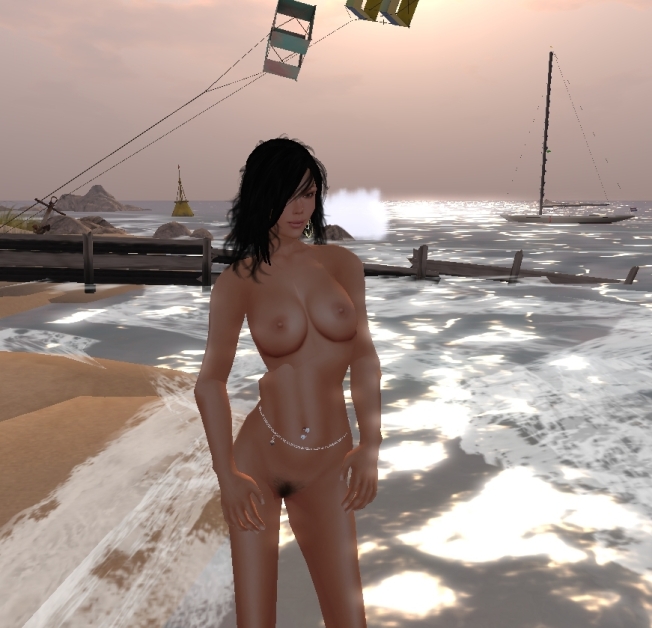 In the meantime, Gabrielle has been out and about in Second Life, doing her own beach clean up at a non-naturist sim (Baja Norte) on what looks like a windy February (or January?) day. Happily, a responsible attitude to conservation and nature in SL means there isn’t too much rubbish for her to pick up.

One thought on “Your naturist season begins…now?”