I don’t go to the cinema. I find it an uncomfortable sit with not enough leg room and no neck support, some films are ridiculously long (90 minutes seems like an optimum length for a film to me) and I don’t ever really identify with the characters. I don’t feel their joy or their pain, care about them or root for them. ‘Look’, I want to yell at the screen, ‘grow up and act like an adult!’

That annual love-in where ‘luvvies‘ congratulate one another for being fabulous. I’m not sure if ‘luvvies’ translates beyond the UK…it’s generally used here as a derogatory word for actors who seem a bit smug and self-righteous about themselves, their peers and their work. So smug, in fact, that British actor Tom Conti wanted the word ‘luvvie’ seen in similar terms to using racially abusive words.

It was a claim so ridiculous that even the Guardian, defenders of liberal values and generally in step with ‘luvvies’, sneered contemptuously.

That’s the same Tom Conti who plays a Greek tavern owner in the film Shirley Valentine, hamming it up in a very racially stereotyped interpretation of a predatory Greek man with a comedy accent. Tragic, really, and oblivious to any accusations of cultural appropriation. As ridiculous, in my opinion, as donning black face. Why not cast a Greek man, eh, Tom?

A couple of weeks ago the British equivalent of the Oscars, the BAFTAs, took place. There were some minor political references, such as Swedish actress Noomi Rapace talking some drivel about cinema bringing down walls, which rather over-egged the importance of a bit of storytelling and fantasy. British director Ken Loach laughably told a room filled with millionaire actors and film types that they were all ‘with the people’ in a bit of a tirade against the British government. And that was it. Probably because Meryl Streep didn’t get an opportunity to speak, having been overlooked in the Best Rent-a-gob category. Both interventions made me hoot with laughter.

Anyway, the annual gathering of the ‘luvvies‘ (just in case you were under the impression I wouldn’t sneer myself) is about to take place with a backdrop of President Trump.

We’ve all got an opinion, and a right to express it, but the idea that the ‘luvvies’ have a voice more important than anyone else’s is hideous. These are people who dress up, play make believe and speak words written by others for a living. At what point do I begin to care what they say? At what point should you care? At what point does their life in a bubble, cosseted and fawned over, carry more weight than the unemployed steelworker in the Rust Belt? The likes of Bruce Springsteen may be voicing his disquiet about the current President, but I feel he has a little more of a valid voice in expressing himself, given that he’s spent a career voicing his concerns in his own words. I draw the line at listening to anything Meryl Streep has to say.

Let me make a few predictions about this year’s love-in. More than one person naming the nominees will make some barbed remarks about Trump. The audience will hoot with laughter, even if the ‘jokes’ at Trump’s expense aren’t very funny. It’s important to demonstrate liberal solidarity, by way of virtue signalling, to their peers, and there’s no better way to demonstrate liberal credentials than spitting the dummy or throwing the toys out of the pram when the democracy you champion doesn’t give you the democratic result you wanted. Consider this: should someone get up at the mutual back-slapping exercise that is the Oscars, in this or any other year, and say ‘give Trump a chance’ they will be rounded on by those in the room, in the echo chamber that is the Dolby Theatre in Los Angeles. And subsequently flailed (if flailed is the right word, I’ve been following the likes of the Daily Show, and it’s like they’re beating the White House with a rolled up, wet piece of paper, personally. I don’t hear any ‘attacks’ hitting home at the intended target in any meaningful sense). 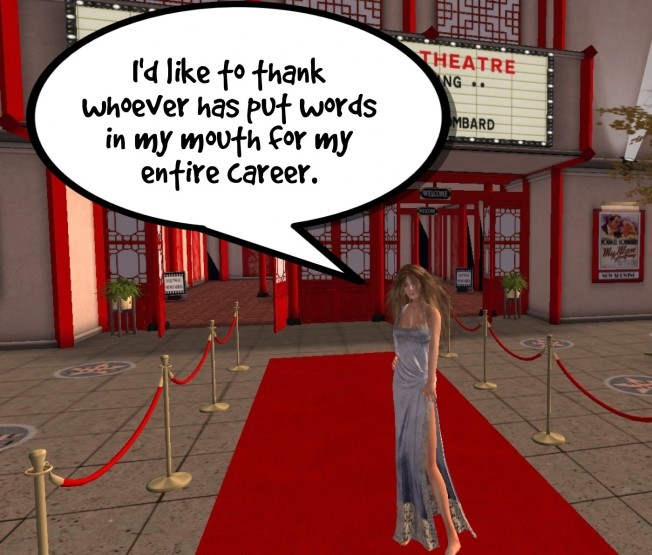 ‘I’ve nothing to say for myself, really, being little more than an above averagely attractive person earning a living in the land of make believe’

But since we’re on the topic of awards, I’d give a special mention to Channel 4 & British Naturism, the UK’s governing body of naturism, who recently produced a documentary on the Great British Skinny Dip. It was broadcast recently in the UK, and is worthy of an award.

A section of the Channel 4/British Naturism documentary, which should be available to view worldwide. 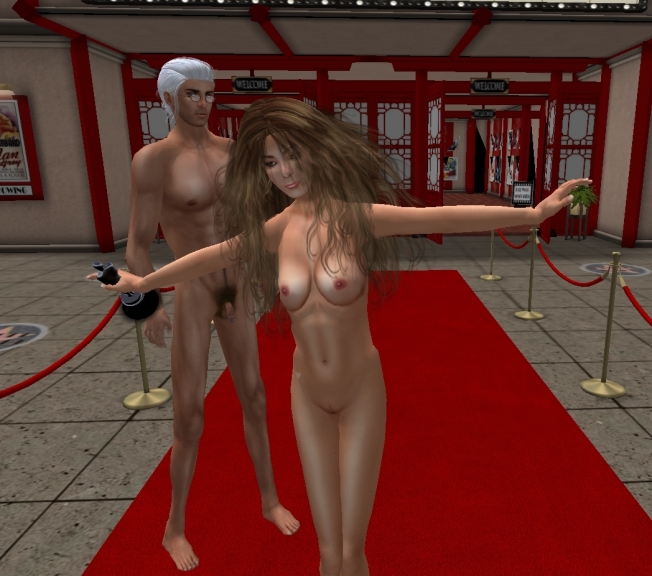 Nude actors on the carpet, complete with Academy Award.

You can walk the red carpet in Second Life at Quinnell’s Chinese Theatre. Inside, you can buy your own Oscar statuette for L$60.

Incidentally, if you are going to protest against Donald Trump, can I request everyone does it in a similar fashion to those below…

One thought on “The Oscars”