Miniten. We’ve written about it before, a game exclusively played by naturists. Lack of space at landed clubs forced some sort or rethink on how to approach tennis (very popular with naturists where space permits), and so a mini version of tennis –miniten– was born.

The wooden bats being held/worn in the photos below are called thugs.

I’ve not seen these photos before, so any excuse to publish some minten photos, complete with thugs, will do. 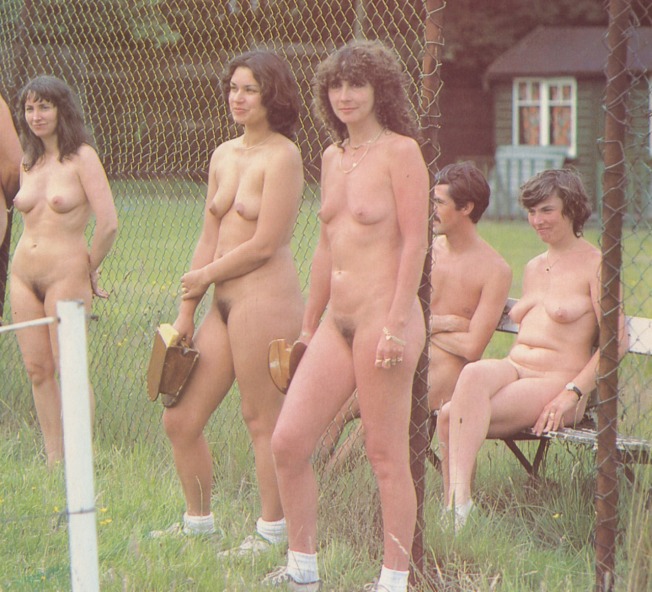 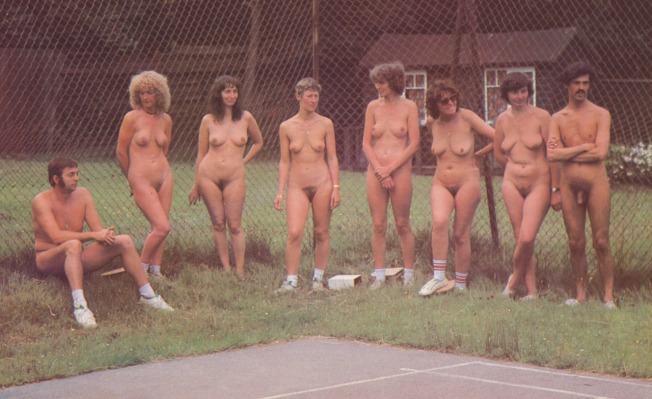 To date, I’ve never seen a miniten court at any SL naturist venue, probably because space isn’t quite so much of a premium as it might be in real life.