Not really our usual type of  photo, and little to do with naturism, per se, but the photo above made me laugh.

I know several clubs and resorts will be opening up their shops and cafes this weekend, as the naturist season is well and truly declared ‘open’. Like you, I hope for another excellent summer’s naturist activities in and out of SL. It finally feels as though the long winter is behind us! 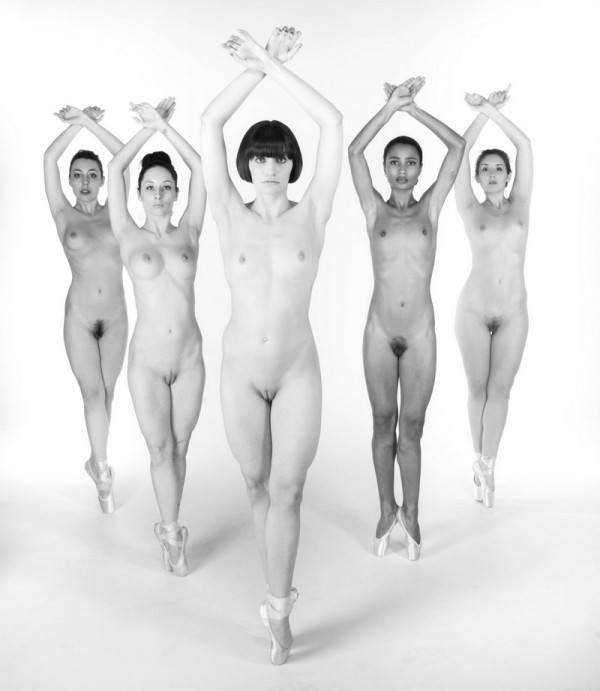 Back in January we did a post about naked opera, a posting only just recently discovered by ‘Helene’, (not her real name) still a dancer with a contemporary ballet troupe…somewhere in France, I shall say, lest we make her too readily identifiable.

As well as dancing in all manner of costumes, from a tutu to freshly designed fantasy outfits, Helene wrote to me about her naked experiences in dance, both onstage and backstage.

‘The culture of a dance company is that there is a lot of casual nudity involved backstage. It was quite a shock to me when I first joined the company but it feels normal within a day or two. [similar to how I often describe the initial feeling of naturism – Ella]

‘We would go in in the morning and change and that would be a first exposure to a mass, casual nakedness. You will have seen everyone nude within the first day or two. I used to turn away to change into my leotard and feel embarrassed. Despite there theoretically being male and female changing areas with showers, people essentially used either. The protocol was that the female changing rooms were closer to our rehearsal floor, so people would file in and use it first, and it was only if you arrived a little bit later would people use the male changing area. Showers were pretty much communal, and I was really embarrassed after my first rehearsal, going into a shower area nude and finding 2-3 men in there! 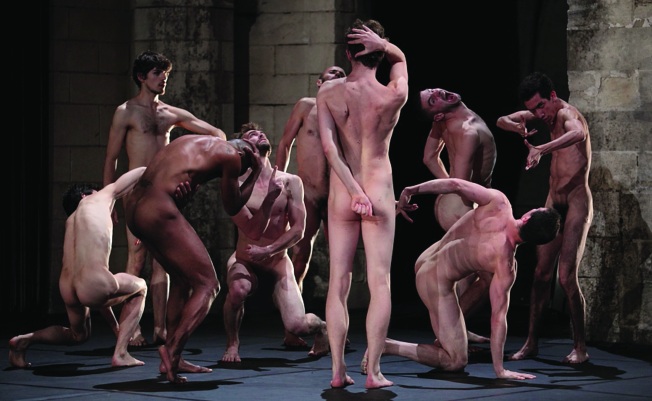 ‘Within a week I might have found myself vastly outnumbered by men in a shower but I had already grown so used to it by then that I would stand and talk about everyday stuff, oblivious to the fact they were all nude too. 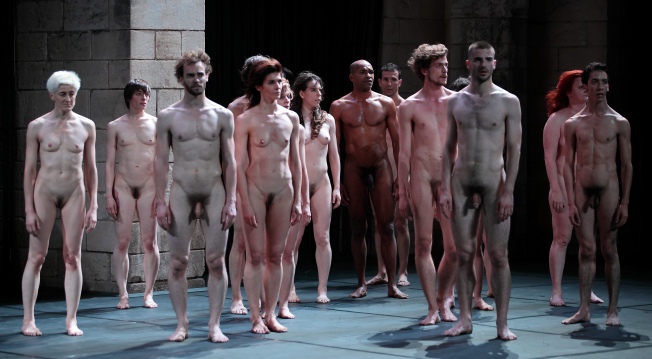 ‘I had been with the company for a couple of years before the whole idea of performing nude, collectively, arose for me. Many of the company had danced nude before, but while I was comfortable with the backstage nudity being normal, the idea of going naked onstage was frightening! For just a moment or two, anyway. 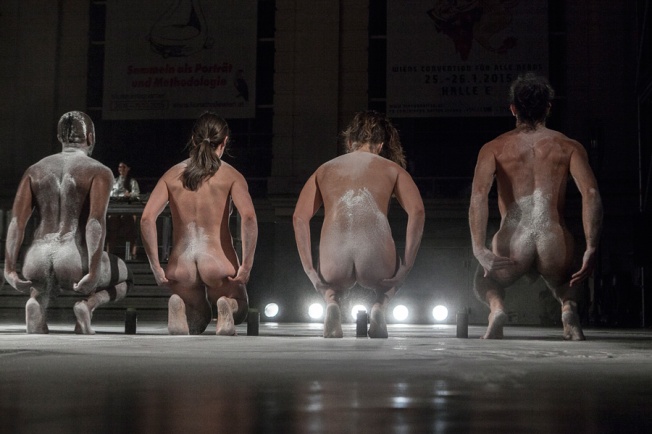 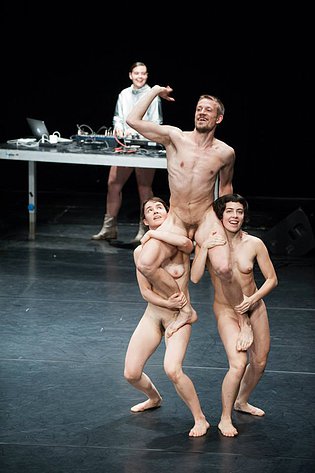 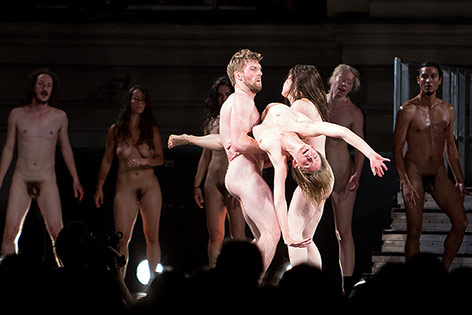 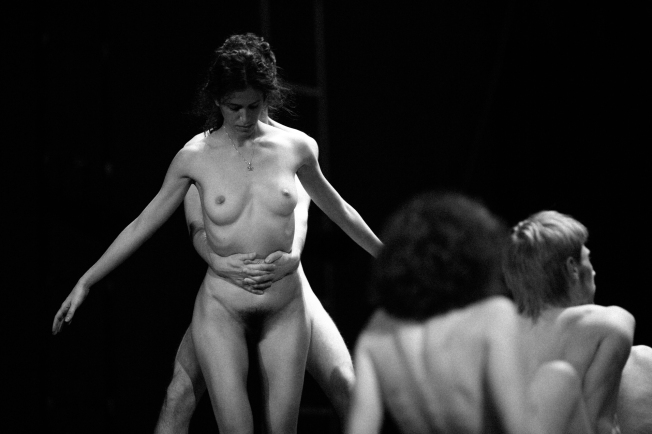 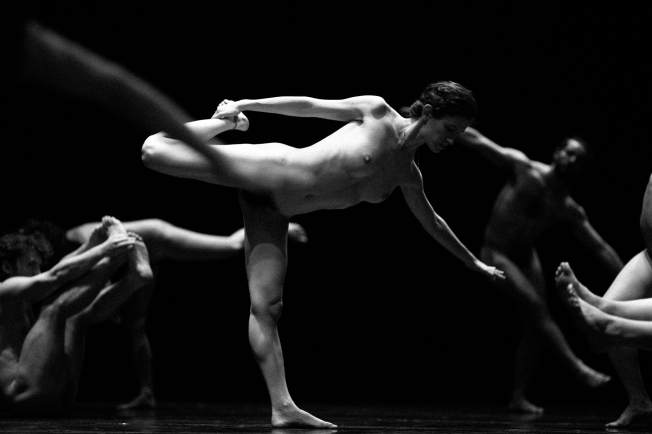 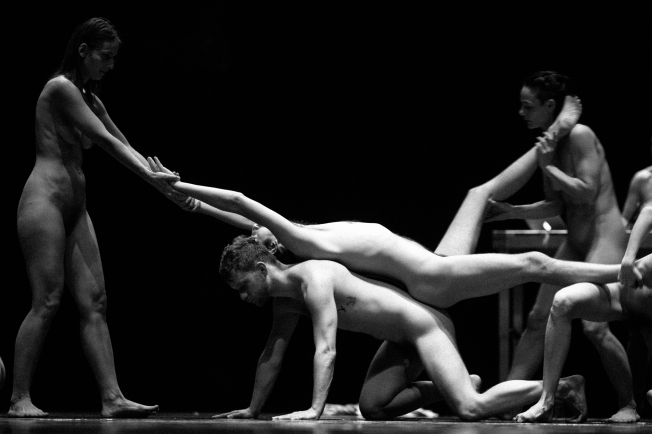 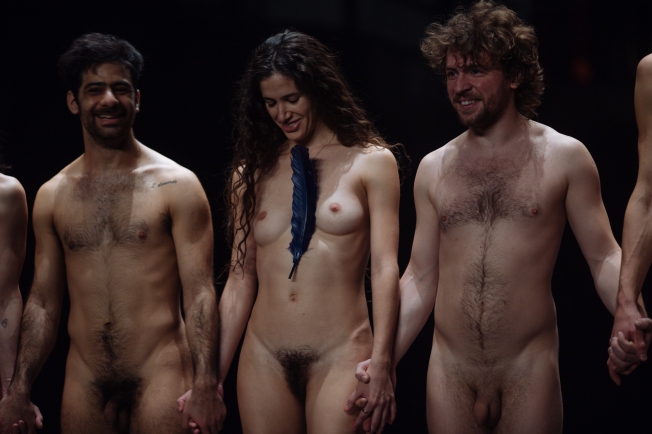 ‘Despite us doing a contemporary dance in the nude, and nudity being a regular thing backstage, we rehearsed for that production in our usual clothes. Leotards and leggings. It was only when we got to the first dress rehearsal, an undress rehearsal, that we actually went naked. 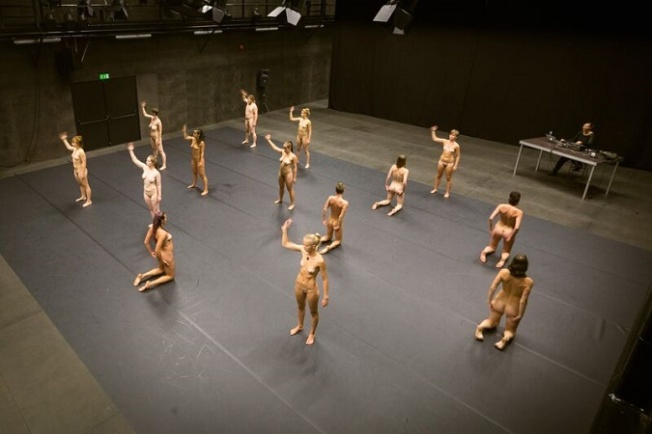 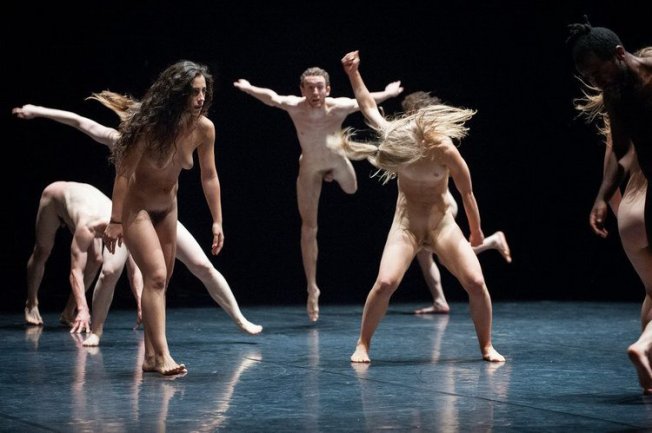 ‘Once you go out onstage you forget that you are nude. The concentration is on getting the performance right.

With cheap or free ballet leggings, leotards, leg warmers and ballet pumps aplenty on the Marketplace, it’s simple to kit out a ballet styled avatar. 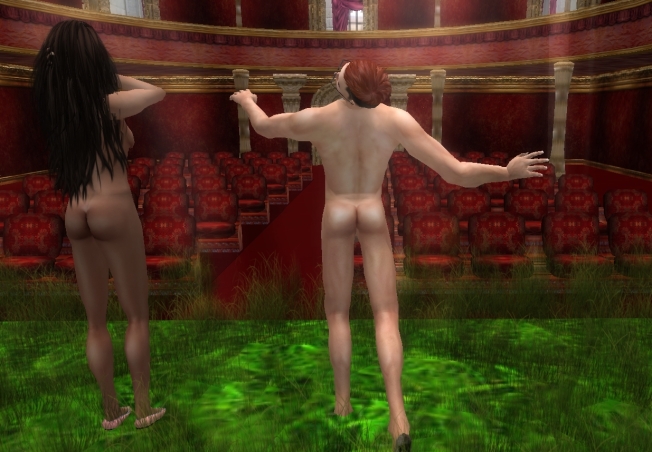 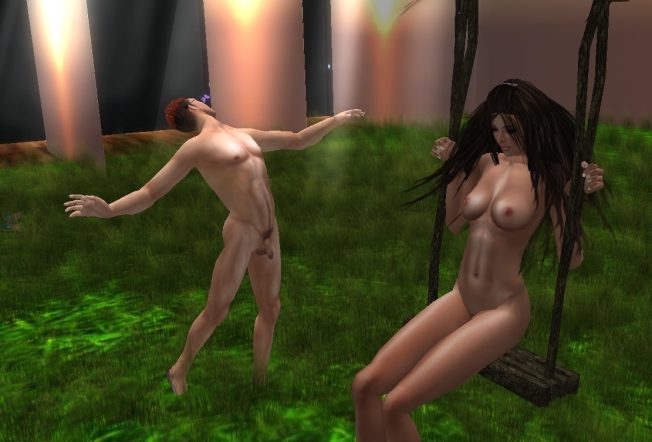 Our models finally take their contemporary nude dance to the stage…