The forthcoming British election (June 8th) has resulted in us being swamped by politicians telling lies in various forms of media. No change there.

It has also resulted in questions being asked of the Labour Party, the opposition party, regarding their position on Trident, the UK’s nuclear ‘defence’ system. The party are for it, while its leader, Jeremy Corbyn, is against it. Or not. It depends what news source you read.

Trident’s HQ in the UK is based at Faslane, not so far away from where I am, and the presence of nuclear weaponry close by -or anywhere, as owned by anyone- makes me uncomfortable.

There’s long been opposition to Trident in the UK, mainly because we’re a minor European country who might be better off shovelling the cost of maintaining a nuclear deterrent into our health system, for example. 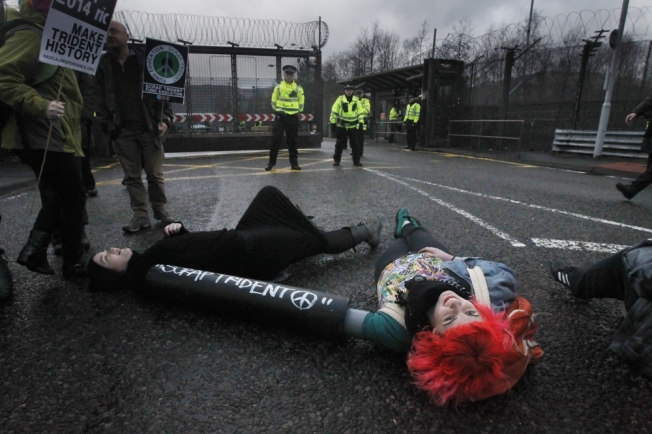 A bit down the coast lies Sellafield, one of the UK’s nuclear power plants. It’s an ugly blot on an otherwise beautiful part of the world.

In the past, opposition to the Trident programme has led to nude protests at Faslane…

…which had us thinking about nude protest within SL..

Yes. Our models have clambered into the submarine pens at SL’s Museum of Nuclear Warfare to protest the use of such destructive weaponry. Consider giving the sim a visit…it’s an educational sim, in a manner which used to be oh so prevalent in SL almost a decade back, in the early days of SL itself, when educational purposes almost outweighed the commercial outlets in SL…great times indeed, now sadly lost, in the main, on the grid. Back then it was possible to hop from sims that recreated the moon landings to sims outlining the Palestinian conflict in the space of an hour, and do some educational (if politically skewed) research. Scouring our archives brings up numerous entries related to nude protest. 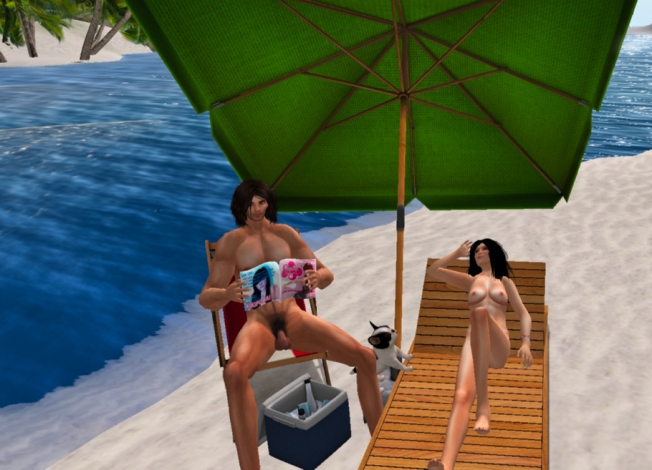 The pose gives me an opportunity to present a small gallery of sun umbrellas & loungers as real life naturists enjoy their own beach weekends, and demonstrate just how normal and non-sexual naturism is. No one is ogling others, and naturism is exactly like any other ‘textile’ beach scene, just without the idiocy of uncomfortable, wet, clinging, sand filled swimwear. People are chatting, reading, swimming or queuing for ice creams or cold drinks. Such boringly normal scenes it makes you wonder why you’re still holding onto the daftness of swimwear in your real or Second Life, doesn’t it? 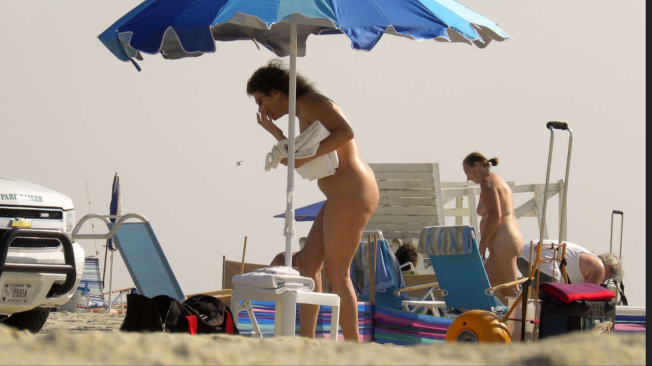 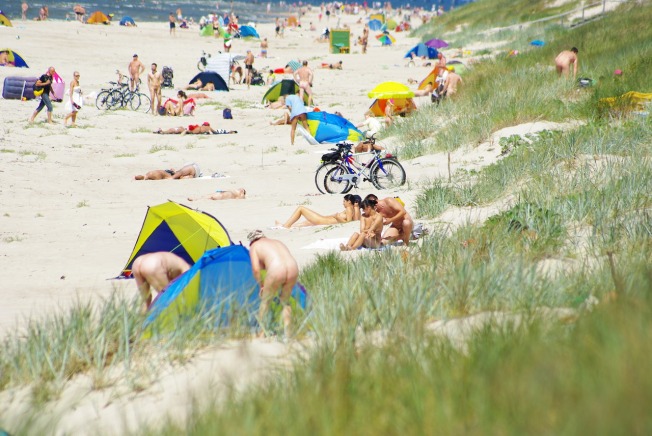