I had intended to be inworld last night (Friday) but the weather was Mediterranean in its evening heat and zero breeze – so it was a case of carpe diem, seize the day, or more accurately carpe noctem, seize the night. With the children in bed, and just settling down to open up the computer, Jim had this mad idea to do a barbecue at 1030pm! The weather was so marvellous we’d not been wearing anything at home since getting in from work/the school run, so there we were at 11pm, doing some barbecuing in the fading light. Because we’re quite northerly here, the evenings go on forever. Not quite Scandinavian levels of it being bright all night, it does get dark, but there’s a marked difference between the evenings here and evenings in London, where I was used to it being pitch dark by 9pm, even in summer. Here, there’s some light in the sky at 11pm and in a month or so it’ll be bright enough (weather permitting) to sit out and read a book in natural light at 11pm. I’m still not used to it after so many years living further south!

So no SL activity last night. Instead, a glass of wine (or two! 😉 ) and some naked al fresco cooking. We wrapped up around 100am, both of us a little tiddly, so I’m a little delicate this morning 🙂 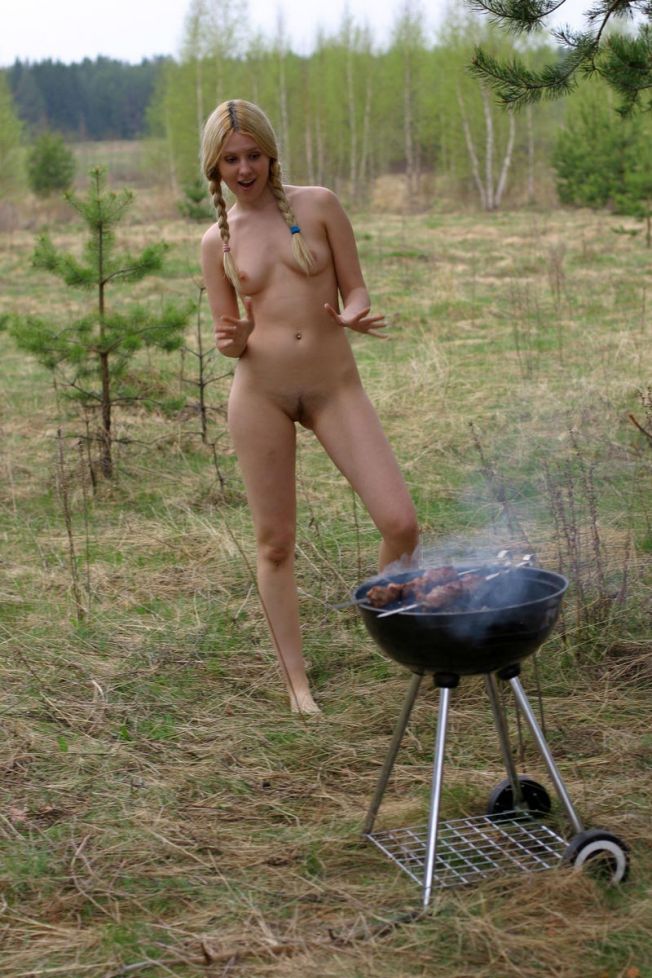 Rain is forecast for most of the day today, so hopefully I’ll get online this afternoon or evening with some posts, particularly as I’ve got a bit of a backlog of posts now and I’d like to ‘clear the decks’ before moving on to new naturist blog entries.

nb: when researching for suitable ‘naked BBQ’ photos to accompany the post, I chanced upon some imagery, cartoons, by Hannah Carding. As it’s copyrighted work, I won’t reproduce it here, but there are some amusing nude cartoons featuring a world BBQing nude, going on the Underground (Metro/subway) nude and doing some field sports, also nude. Worth checking out!