Lez Fest is on, with a stack of freebies available!

Thanks to my friend Elizabeth for pointing this out, but hurry! It’s only on today (Saturday) and tomorrow.

We’ve long been supporters of the LGBT community at SLN because naturists and the gay community are, in one sense, natural bedfellows, as our respective lifestyles have had, and do have, an element of being ‘outlaw’. Homosexuality was illegal in the UK until 1967! Think of the huge strides made in gay rights over that last half-century, to the point where the gay community very often lead in forming pop cultural changes (it was no different before 1967, just less obvious…but would the Beatles have been so huge without the influence of their gay manager, Brian Epstein? Think of how he softened their image for a broader appeal, the suits and so on… playwright Joe Orton, record producer Joe Meek (of Telstar fame), Andy Warhol and many others).

Elizabeth and Beeka pose with a Lez Fest flag 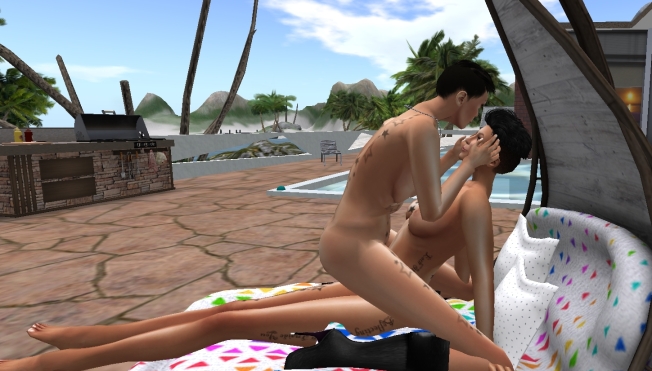 In real life naturism I meet many gay people, and as in many areas of life, they’re major drivers in developing the lifestyle as they do in pop culture. In many ways, the naturist community need to look at the LGBT community as a beacon as to where naturism could be. Thanks to the efforts of many brave folk the LGBT community are now ‘out and proud’ while naturists, some at least, remain ‘in the closet’ as regards their preferred lifestyle.

We, naturists, can learn lessons from LGBT people in how they’re now seen as an acceptable and, indeed, a vital part of the communities we live in. Being gay no longer carries the stigma it once did, and it’s only a few backward looking people who display any signs of homophobia. Perhaps they’ll eventually learn…

Here at SLN we’ll continue to support our very good friends in the LGBT community and ensure they’re always welcome in the naturist community.