A couple of days ago I posted an entry which referenced the model and how there would be more of her tomorrow, something that didn’t actually happen due to my forgetfulness and generally being on holiday 🙂

So let me right that wrong and introduce you to that model (an act you’ve known for all these years!) and someone who will be occasionally contributing to the blog.

I have still been reading SLN, despite not being so free with my time, now that I’m a new Mum. Exhausting, wonderful, rewarding, beautiful motherhood. Now that I have some sort of routine established, I’ve been able to check up on what’s new in the SL naturist universe more regularly, and a post by Ella last week caught my eye where she said that she couldn’t blog because she had to research what she needed to blog next. There was clearly a time management issue there, which didn’t seem to happened to us so much when I had no child to impact on my SL time, and Ella didn’t have a new born to add to her other two. 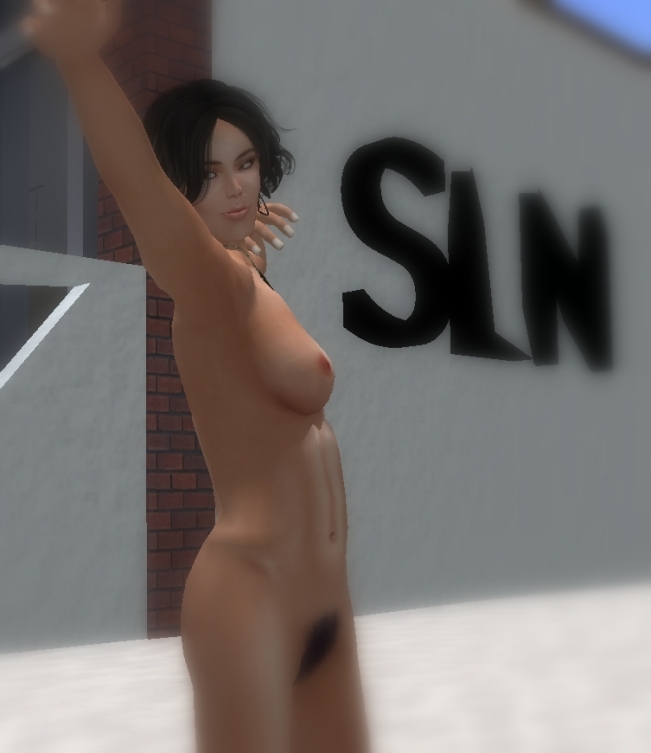 The long and short of it is that I logged in, dropped her an IM and I’m happy to say that she accepted my proposal that I return, perhaps not quite as actively before, but hopefully to be able to occasionally contribute. Besides, I’ve missed SL more than I imagined. 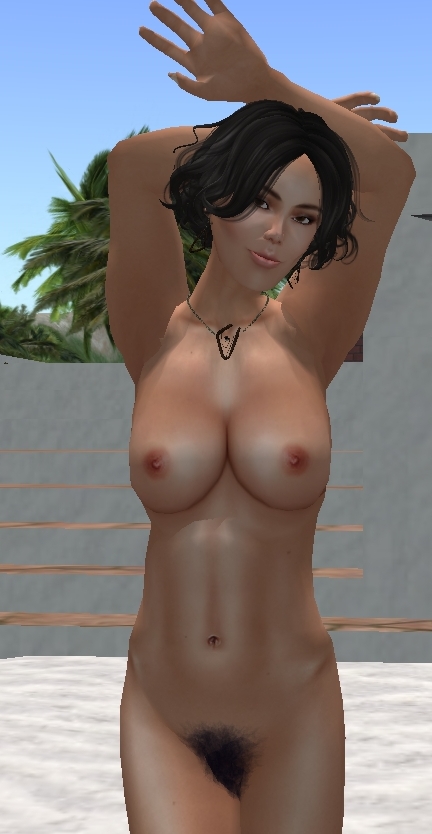 One thing I am going to be doing as I contribute is to update my avatar, so as best to reflect the changing hairstyles I’ve encountered in real life now that I don’t have quite so much time in real life to go to the hairdresser’s as often as I once did!

My perspective on life has been altered by motherhood and marriage, so I thought that it might be useful to also change from being ‘Pookes’ to being Eva. My real name is Evelyn, but I’ve always been called Eva in real life. I joined SL in the days when you got a choice of a few pre-determined surnames, so I adopted ‘Pookes as something I felt offered a little bit of the feisty image I wished to portray all those years ago. It’s possibly worth remembering that ‘Pookes’ spent some of her time wandering the sims of SL, in those early days, as a vigilante/terrorist 🙂 rather than a peace-loving hippy chick! We all certainly do need time to find and develop our own SL personalities, don’t we?

No, I won’t have the time to contribute as fully as I once did, but hopefully I can throw the occasional blog post in to make life a little easier for Ella.