I’ve not blogged this weekend, until now, Sunday morning, because of, well, research.

Howie passed me an IM on Friday saying that he’s finally abandoning Second Life in about five weeks time, when his rent is due, and that the SLN office on the Eden Naturopolis Estate, which Howie has paid for for quite a long time, will close at that date 😦

And it’s not a lack of interest on his part that’s chasing him away from actively contributing to SL, apparently, but the cost. A few more IMs pinged back and forth, and it transpires it’s not the actual rent that is the issue, but the cost of purchasing Linden dollars, with L£100,000, a year’s supply of lindens for rent and miscellaneous purchases costing $400(US) (£320 sterling). 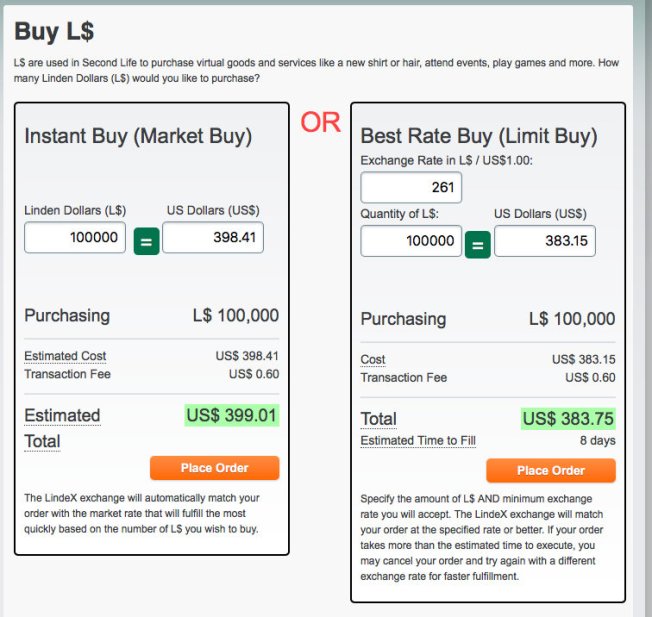 I have to say that I didn’t realise it cost quite so much to maintain an inworld presence, and it’s now easy to see why there’s so many ‘closing down sales’ and bits of abandoned land around the grid. It’s a pocket money game, and justifying spending disposable income to that level seems slightly ridiculous. It’s not Linden Labs, of course, that are totally at fault. The exchange rate seems to have been pegged fairly consistently at L$250(ish) to $1 (US). But it seems, to me, that they can be held responsible for killing off the third party exchanges which has, in part, allowed them to assume total control over the SL economy.

And Linden Labs can also be held responsible for adopting the US model of what constitutes ‘disposable income’, a topic I’ve written about several times in the past.

When I started SL it was a much more globally vibrant world, and you could wander, for just one example, many Indian sims created by Indian people. Beautiful inworld versions of the Taj Mahal, for example. Sims that didn’t exist to generate money, or at least didn’t need to try to claw back costs. If we, in the ‘developed west’ find it hard to justify spending cash on Second Life, what chances do people in the developing world, places like India or Brazil, countries with a young population who might be drawn to SL, have? None, would be my assessment.

These sims exist in far fewer numbers now, and even creators of clothes and hair are closing at a rapid rate of knots as the cost of maintaining an inworld presence escalates for them.

Howie’s IM is stark. ‘I can’t justify £300 a year on a game. OK, I could see it as the price of a newspaper each day, but I have the option to buy or not buy the newspaper, while I do need to make a fairly hefty purchase to plot my SL presence for the next year. I just can’t see the value in it. I can go on holiday for a week for £300! My home rental is very affordable in terms of the Lindens I expend, about L$7000 a month. That’s fine. It’s the buying of the Lindens that is the problem. That exchange rate would need to shift substantially before I could see me renting land again. Linden Labs exchange rate is killing the game. With a rate of about L$500 to the $1 I would certainly spend that £300, because then I’m into position where I can plot my inworld presence over a couple of years. It suddenly seems more affordable and justifiable. Now? No.’

I then asked another SL friend who, when I last talked to her, was examining the possibility of renting at the Blue Lagoon Naturist Estate and the answer was something similar. There needed to be better value, not in terms of what the estate offered, but the exchange rate to plan one’s SL needs ahead.

Of course, this will have no real impact on the blog. Anything I buy will now be unboxed at a sandbox rather than an SL ‘home’ (in my case a home in which the owner gives me permission to use) and my spend is minimal, so the blog will roll on. However, it’s rather worrying that Linden Labs haven’t grasped the fact that utilising a purely US model of what constitutes ‘disposable income’ or ‘pocket money prices’ in how they fix things, thereby suppressing or almost killing the game for a good proportion of the globe. If my friends in Europe are looking long and hard at their outlay to play, what chance our friends in India or Brazil even considering becoming economically active in SL?