Following on from the first part of our naked motorbiking posts, did you know SL had it’s own ‘Route 66’ sim? 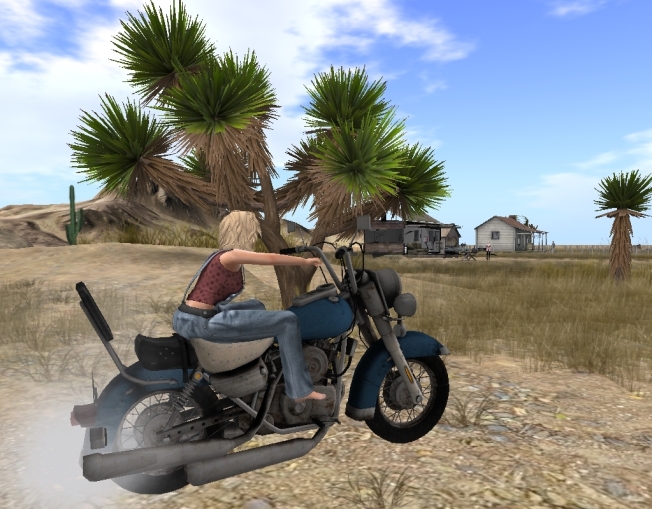 This post was originally predicated by Harry finding ‘Route 66’ and doing a (non nude) photosession with model Jess (the photos above).

Harry likes to do his own photos, as well as stuff for SLN, and mentioned ‘Route 66’ in an IM to me recently. As the naked motorbiking post was already half-way through completion, I thought it would be remiss not to take the opportunity to add a second post from one of the world’s iconic highways. Perhaps the world’s most iconic highway. So we rounded up my biker friend Karen, who isn’t routinely naturist in SL, being much more attracted to bike sims, but not averse to getting her leathers off, and Harry and her headed out to the sim to capture a few shots. 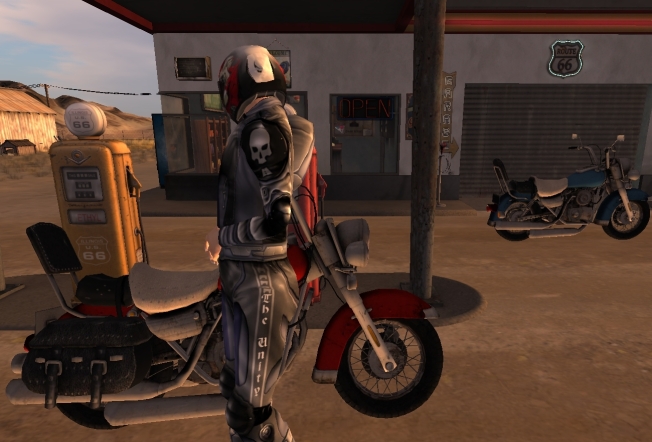 It certainly looked like a photogenic sim, somewhere you could rezz a bike and do racing down the world’s most iconic highway (see the photos with Jess). I’ve tp’ed into it this morning (Monday) to check it out for myself, and was disappointed to find it gone! Whether this is temporary or permanent, I don’t know. I’ll do an update on it if it should return.