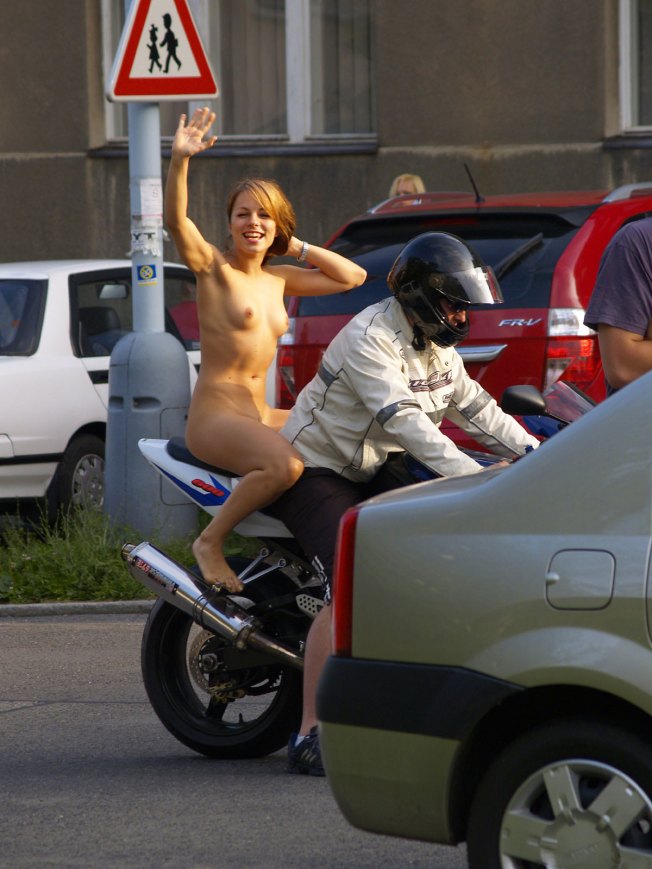 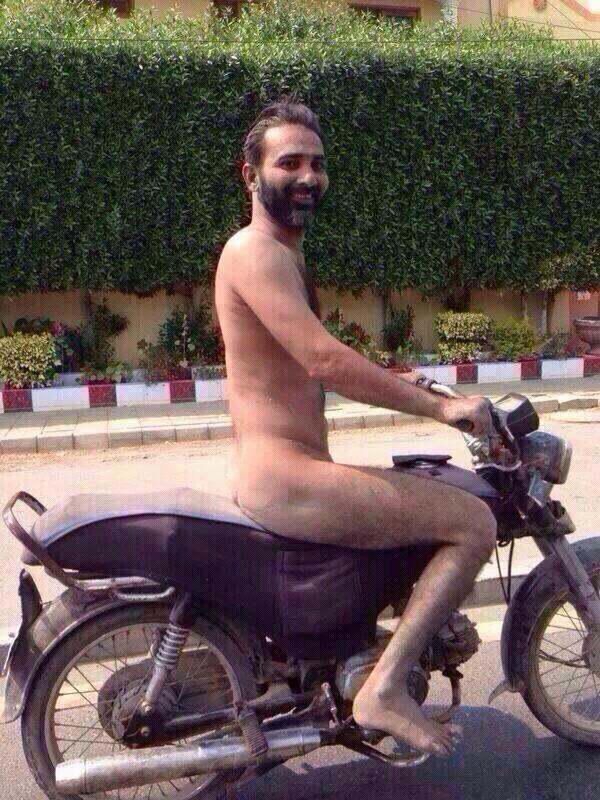 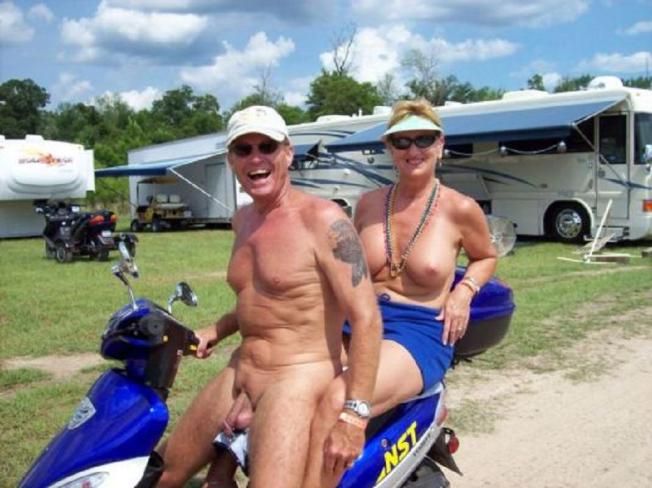 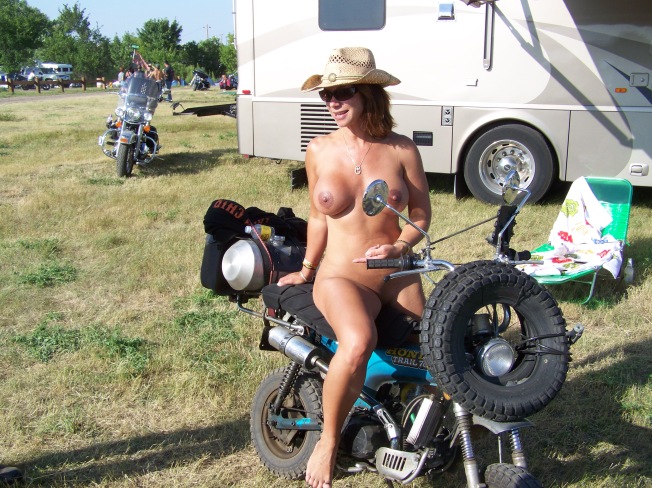 Nudity and bikes often seem to go together, what with the various biker rallies around the world ‘encouraging’ states of undress.

And in naturism there’s lots of bikers, some being hardy souls who will bike the length of France and Spain to reach the Med.

Two of my naturist friends are a Dutch couple who do that, packing a tent and sleeping bags onto their bike, and taking a few days, perhaps a week, to reach the Playas, because they take a rather circuitous route along the French A7, l’autoroute du soleil (motorway to the sun) and then the Spanish Mediterranean Highway, the Autovia A7, which allows them to stop off near the sea for the night, perhaps managing a bit of a naturist swim (at a non-naturist location) at the end of a long, hot day in the saddle.

I can’t think of any more iconic European motorways than the A7, which also runs directly down the centre of Germany, but it’s not particularly ‘romantic’, is it?

No one is singing songs about the A7 (well, maybe they are, but I can’t imagine it’ll be a standard in 60 years, unlike a song to perhaps America’s most iconic road, Route 66.

Which…as chance would have it…is where the blog visits next.

One thought on “Naked motorbiking (a Naked biking post, part one)”