It’s that plant that can be found at numerous Christmas parties and, if you happen to find yourself under it, alongside a total stranger, tradition has it that you have a kiss. 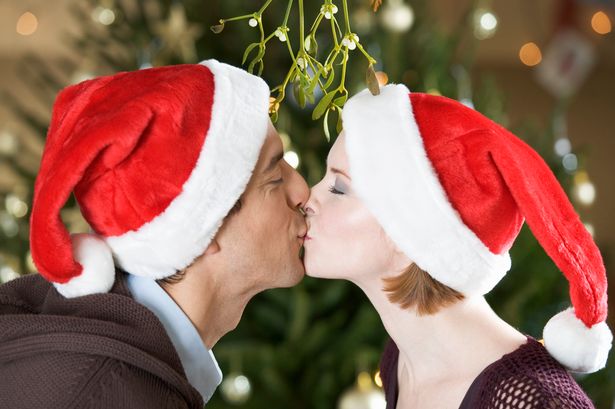 Many of us will be out partying at this time of year and, if unattached, may well find ourselves stealing a kiss. We may be out with friends, having fun, getting drunk, doing silly things, laughing, enjoying ourselves.

People who have no friends, friends far away, no family close by or family at all. I suspect that some SL users actually use the game to battle against that loneliness. To have friends that, forever reason, don’t exist or are absent in real life. Heartbreaking all of the time, but particularly at this time of year with a focus on family and festive fun. I know I’ve logged into SL on Xmas Day before, not for very long usually, but I’ve sometimes logged in to maybe grab a few of the advent calendar freebies when sims are theoretically going to be quiet, only to find they aren’t that quiet at all! Sometimes, I’m guessing, there are people logging in at Christmas because there’s no one to kiss, hold, hug, or talk to in real life.

Perhaps even worse are the homeless at this time of year. People can be lonely, but with a roof over their heads. Just coming in from an afternoon where the temperatures are falling (although projected to be above zero) it’s still very cold on a windless day. I’ve got the heat on. Some people won’t have that luxury, and will find the abject cold seeping into their bones tonight, tomorrow…in a month or year’s time. It has to take a physical toll. 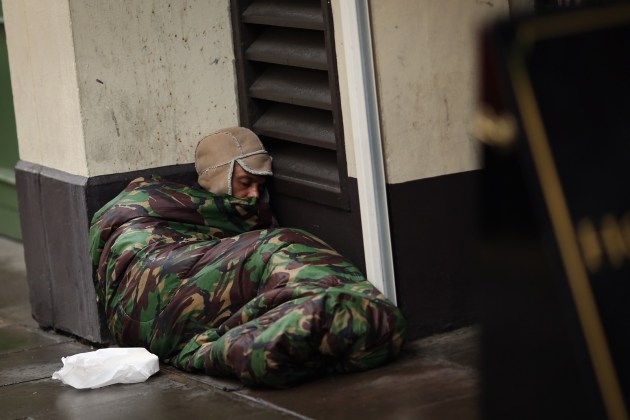 Gabby, deliberately cast in military fatigues, contemplates another hungry night on the street

I know that people will stand an applaud servicemen and women in US airports, but how often do we hear of former servicemen and women then slipping through the net of community support? How many of these people might end up homeless? In 2015 it was estimated 47,000 ex-service personnel were living on the streets of the USA.

Here in the UK, the number is estimated to be 1100, a figure going down from a time when it was estimated 20% of all of London’s homeless were ex-military.

In the UK, it’s estimated there may be 83,000 homeless teenagers in the UK.

And it’s estimated that 20-25% of America’s homeless have some sort of mental disability (compared with 6% of the general population who suffer with mental disorders).

All the sort of people we need to be supporting with the most basic of needs : food and shelter.

A couple of weeks back I wrote that I’d made myself absent from the workplace Xmas dinner. I find it offensive that we were asked to spend £55 on…a plate of turkey, basically. I don’t care that the chef has an alleged international reputation and the restaurant is highly thought of, £55 ( $75, 65 euro) is too much. You could feed a family of four on that for a week. No luxuries included, but you could do it. So I did it. I spent the equivalent of my workplace Xmas dinner buying items for a local food bank.

We live in the industrialised west, but there’s still poverty around. A lot of poverty, a stain on our governments, our society, in the UK, around Europe or in North America.

This Christmas, I’m rather hoping that you might join me in making things a little brighter for someone by buying something -it doesn’t have to be the cost of a workplace Xmas dinner, a tin of beans or canned peaches will do- and throwing it into the food bank collection baskets that are in our supermarkets almost permanently now. And if you are logging in over Christmas, be sure to shout ‘Merry Christmas’ at any other avatars on the grid you may encounter. Give them a wave and be part of that global SL community that has always felt like a community, perhaps being the only community some may have at Christmas. 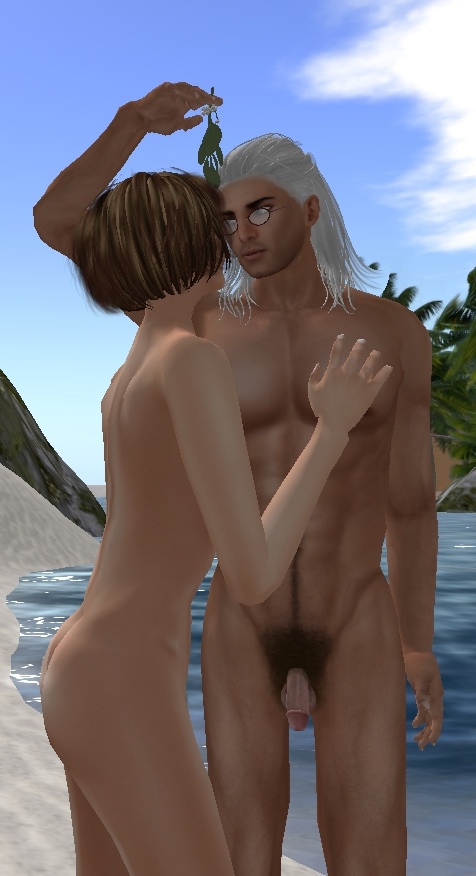