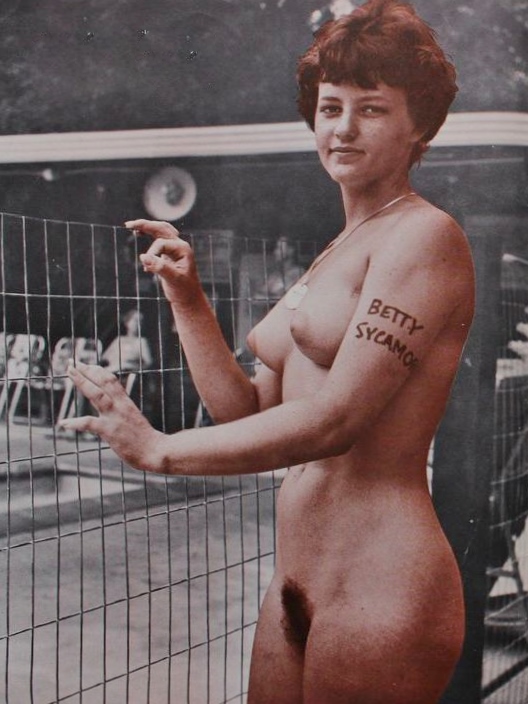 I’m pretty sure the tax people didn’t know her as ‘Betty Sycamore’! 🙂

And ‘Katarina’ was too long to write on in body paint, so ‘Kat’ it is.

Pookes covered similar ground to this in a blog post in February 2015.

Back in the 60s, naturist clubs, specifically US ones, had a tradition of writing people’s names on their arms on entry to the club. It kind of served two purposes.

One, you could approach a stranger and call them by name, making for a friendly atmosphere. The sort of friendly atmosphere for which naturism is famed. Having your name on your arm merely short-circuited the introductions to a degree. Ditto Second Life. Hovering name tags mean you can say ‘hello John’ or ‘hi Janet’ immediately without the need for long-winded introductions.

Two, although less common by the 60s, was that some people liked anonymity in their club and not necessarily known by their real name because of attitudes that prevailed in the workplace beyond the naturist club.

In 1920s Britain, the desire for anonymity and secrecy was such that people in clubs would be assigned a name on joining, usually something Greco-Roman, so you could have a naturist club career as ‘Ajax’ or ‘Achilles’ or ‘Euripides’.

Incidentally, ‘Betty Sycamore’ sounds like a name made for Second Life!

French avatar Noreena adopts a 1960s US style of identification

8 thoughts on “Names on arms.”