There are thousands of SL blogs, avatars who turn their hand to blogging and in the main blog about SL clothing, hair, poses and so forth. What’s new, where and so on. Great! I use many of them daily and I’m not knocking anyone’s work one bit.

What I do take objection to is that a Second Life, that alternative life, is often ruled by first life attitudes. Particularly regarding nipples. Or, at least, just like first life, female nipples.

It seems to me that people just can’t shake off their phobias, at least in this regard. I just don’t get it. A female nipple is more or less exactly the same to look at as a male one. 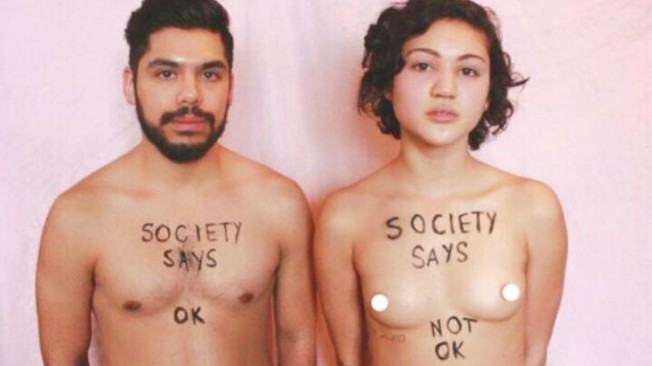 The absolute ludicrous nature of social media’s objections is laid bare in the graphic above. Cut, resize and paste male nipples over female ones and…problem solved?

And the above photo shows the last, desperate idiotic stand by the likes of Zuckerberg and his flunkies at Facebook for what it is. The nipples are the same, and it’s only the volume of breast tissue (most of the time) that differs. So if that’s the major difference between men and women’s breasts, why focus on the nipple? There’s no logic to it at all. Just as there isn’t in SL fashion blogging. 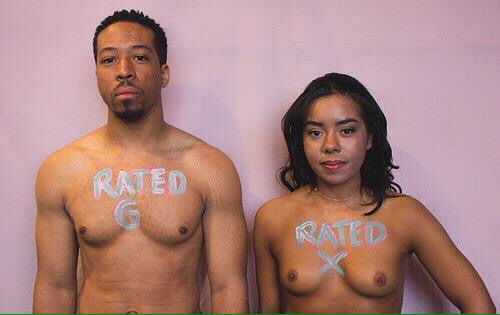 I seems that it’s fine to blog ‘sexy’, however that’s defined, with hi-cut jean shorts showing half a backside, or bras in which ‘the cups runneth over’. It’s OK to blog ‘slut’ wear described as such, it’s OK to even sexualise an SL teen avatar away beyond whatever age that avatar’s trying to present, but nipples? Even clothes that show nipples evident through clothing (as in something called ‘pokies’) seem to be deemed OK.

Each and every one of these bloggers has it within their gift to simply stop self-censoring. The readership will not drop down in a dead faint if they show a female nipple while blogging. Particularly the nipple of what is essentially a cartoon character. The idea of SL is to be able to have experiences that are beyond some people’s RL expectations, be it parachuting or scuba diving. I could do both in RL, certainly, if it wasn’t for the idea of throwing myself out of an aeroplane or never managing to get the breathing right on an oxygen tank. But I can alter my RL mind set a little to be able to do both in SL. Others may choose to indulge in fantasy, be it as some intergalactic trooper or a sexually liberated experimenter. Real life values or sphere of experience need not apply.

The same goes for nipples. What is ‘G’ rated or ‘X’ rated in RL does not need to apply to SL blogging. Please, ladies (and it’s overwhelmingly ladies who blog), drop the black stars or similar censorship.

One thought on “The dreaded black stars”