This isn’t quite naturism, but perhaps can be regarded as having some sense of kinship with naturism in that society expects and often demands a dress code. Anything that exists beyond that is ‘weird’.

After 9/11 several New Yorkers, in an attempt to put a smile back on the face of the Big Apple, travelled on the subway without pants (i.e American trousers…underwear was in place). And thus was an institution born, to the point where 60 cities around the globe participate in ‘No Pants Day’, riding their subway systems without trousers/pants.

It took place last Sunday, and thousands participated in London alone. Thousands upon thousands more in places like New York, Berlin, Paris and so on. 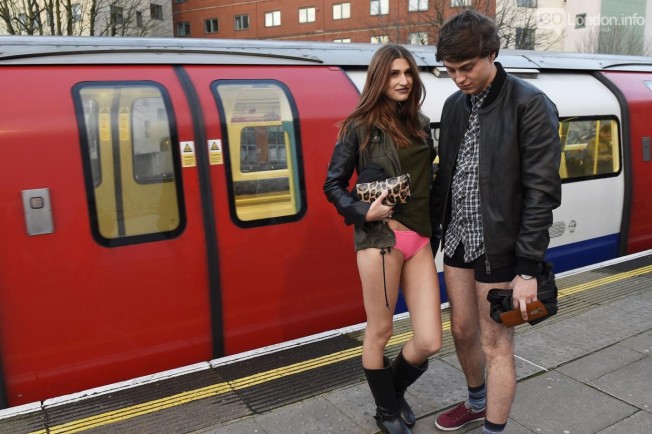 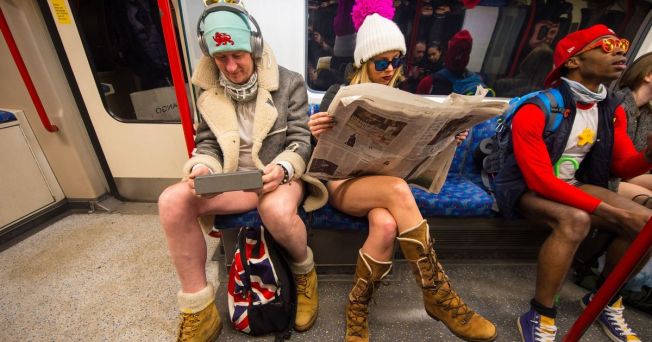 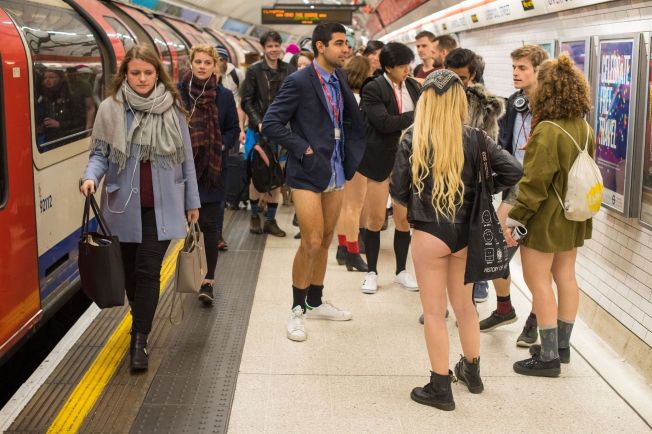 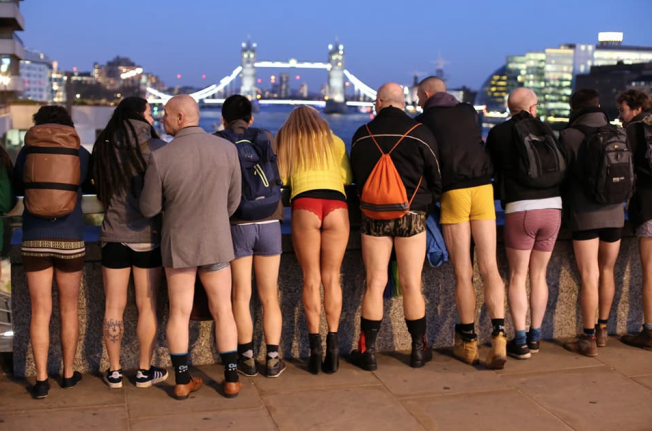 I’ve naturally assumed that there must be some sort of charitable objective – perhaps to raise funds for good causes or awareness of people who simply don’t have access to the kind of “pants” they’d really like.

Yet as it turns out, it really is all just in the name of “silliness”; an opportunity for show-offs to remind others how hilariously whacky they are.

Here’s to all that participated! You make the world a brighter place!

One thought on “No Pants Day”