Spencer Tunick has just held his latest happening in Valencia, Spain. There is a huge gallery to view at Valencia Plaza. They’ll be subject to copyright, so I won’t go mad republishing them here, but instead show a couple of the less ‘up close’ variety under ‘fair use’.

What’s noticeable about them is that the Spanish media freely portrays full frontal nudity without any feeling they need to censor, a total contrast with the laced up media (and social attitudes) of the British and American media and public. 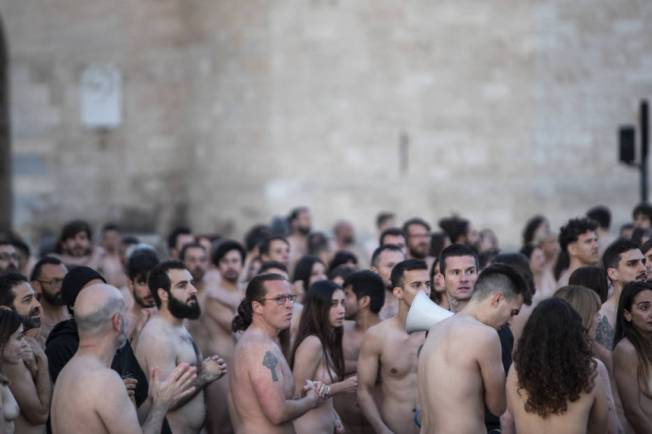 2 thoughts on “Tunick in Valencia”