A little bit of a furore broke out in the UK over the past week regarding breastfeeding.

Louise Burns, a young mum, was breastfeeding in the restaurant of the exclusive Claridge’s Hotel when she was asked to cover up. For doing something natural. So natural that all mammals have fed their young this way for hundreds of thousands of years.

Nigel Farage, leader of the UK Independence Party, was then drawn into the debate, by suggesting she should sit in a corner…almost like a second class citizen. For background context, let me add that UKIP are equally lauded and held in contempt, a body of Little Englanders, xenophobic, nationalistic, right-wing. They are rather ludicrous in their half-baked policies, but have captured an underlying mood in the nation (well, England, mainly, much less so in Scotland, Wales or Northern Ireland).

While the nation -more accurately, the talking heads who fill up newspapers with opinion hardly worth the price of admission- sneered at Farage, mostly on the basis that he’s Nigel Farage (and a bit of a well, given the context, tit), others were addressing the ‘debate’ (quite why we’re having this debate in 2014 is ridiculous) as to people’s rights.

And the debate doesn’t appear to be over yet, with breastfeeding mums staging a sit down protest outside Claridge’s yesterday to object to the hotel’s ludicrous policy (if it is a policy, as opposed to an over zealous member of staff or a reaction to some uptight idiot’s remarks to staff).

I’m delighted, therefore, to find that one SLN reader and former RL breastfeeding Mum sent me some photos showing her solidarity for those outside Claridge’s Hotel yesterday by staging her own protest against Claridge’s policy. Alison, who purchased a breastfeeding baby add-on some years ago in SL at the time she was breastfeeding in RL, said that she supported anyone who was breastfeeding and therefore had tp’ed over to a top SL hotel where she dug the add-on out of inventory and took a couple of photos in support. 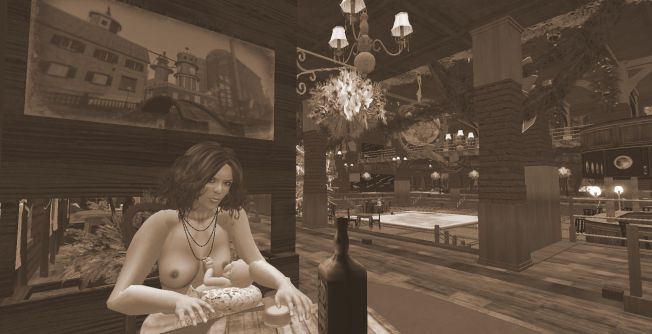 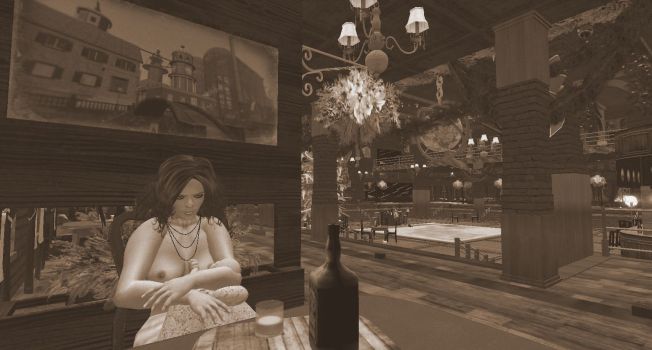 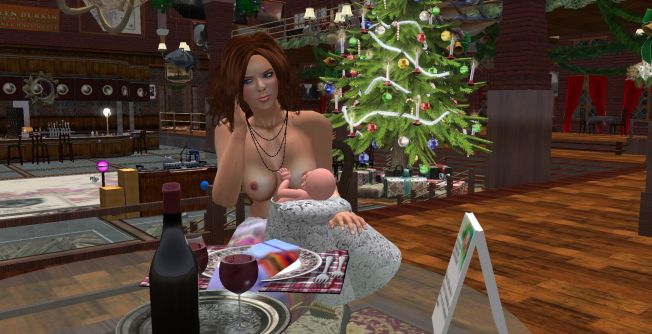 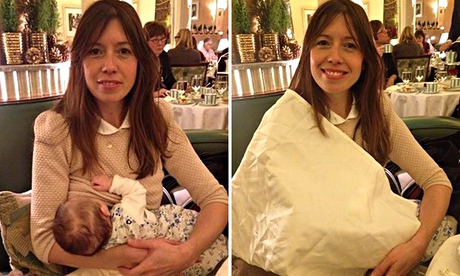 Louise Burns, whose beautifully natural approach to feeding her infant poses in before and after shots in Claridges, with the large napkin she was asked to ‘wear’ while breastfeeding.

Avatar Alison posed at one of SL’s most exclusive hotel & restaurant locations, Brunel Hall, and says that no one at the sim asked her to cover up. ‘It appears that SL’s users and sim builders are rather more enlightened than those in real life. I’m pretty angry at the way the young mother was treated in the restaurant, hence my one-woman protest’.

Thanks for the photos and the commentary, Alison.