New photographer Hugh has wasted no time in exploring SL and, rather interestingly, providing a slightly different perspective on our virtual world. Yes, it’s SL Naturist, so we do expect a bit of naturism to be part of the gig, but Hugh is  equally fascinated with the new world in which he finds himself immersed.

‘It’s rather remarkable that users of the game are building this world and making it so realistic’, he says. ‘There have been moments where I’ve been looking at some of the SL shots I’ve taken and though ‘if I put that on my flickr account I think I could probably convince people that they’re from real life, not a virtual world’.

I sent Hugh off to Eden Parkland earlier this week, having been tipped off to its presence by Brenda, co-owner of the Eden Estate. Brenda told me that Eden Parkland is intended to be a sort of oasis of calm. Nothing much to do here but tie your boat up and sunbathe or, with the correct attachment, swim. I reflected on how, even in the midst of a social holiday, there are times when it’s time to slip off by yourself, or with your partner, to some isolated cove and just enjoy a sense of being alone.

A person of my acquaintance rents a small boat in the Balearic Island of Menorca each summer, and he and his wife say there’s nothing nicer than to sail right around the island for two weeks, dropping anchor at a fishing village, using the local supermercado for provisions, then upping anchor and sailing to some cove, inaccessible by foot, where they can drop anchor again and swim, sunbathe and eat lunch in total isolation. Neither deem themselves to be ‘naturist’, but naked swimming and sunbathing is now routine during these vacations. 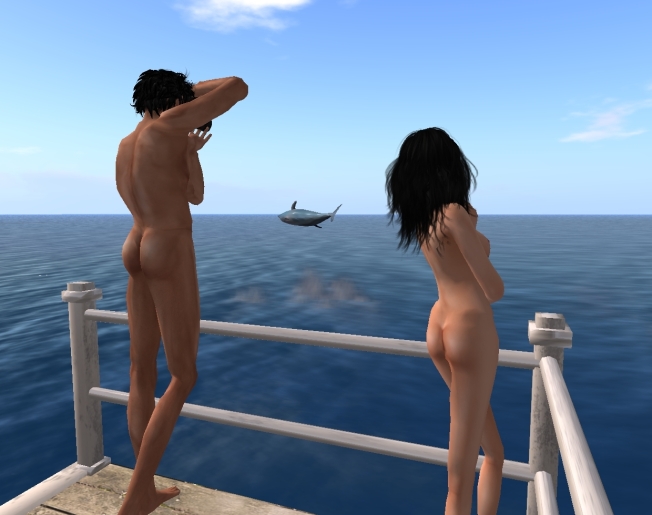 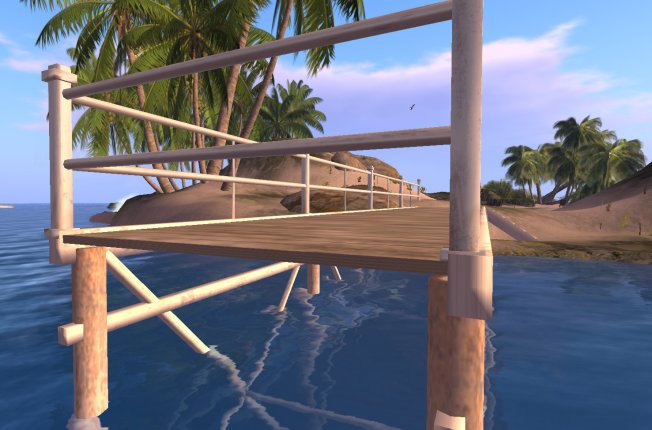 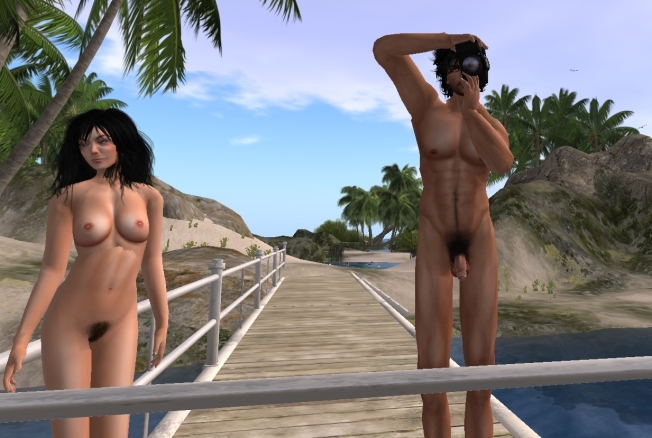 It’s not always necessary to be photographing naturists. Here, Hugh appears to have his lens fixed firmly on that dolphin. 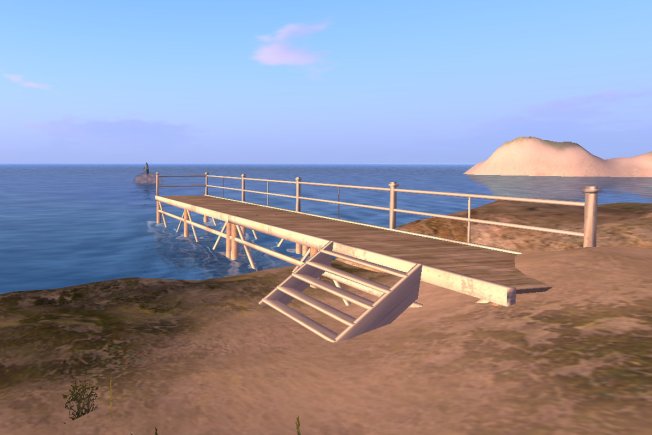 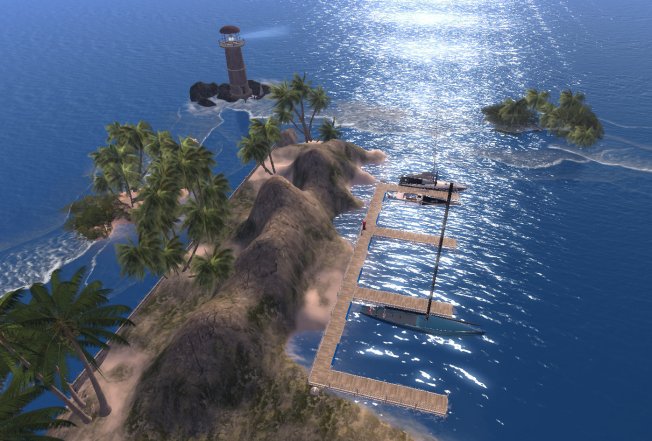 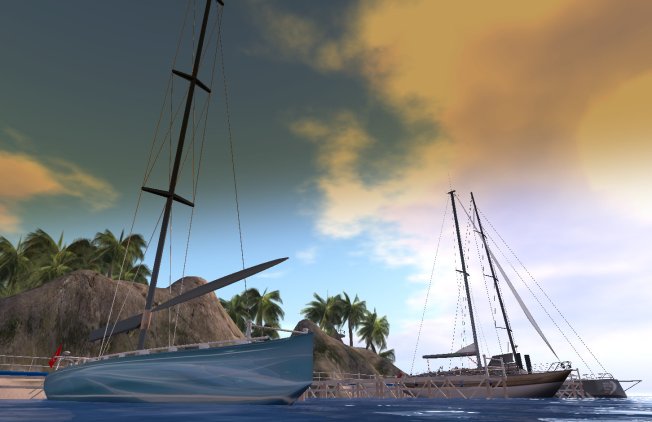 ‘The important thing for me was to capture a mood of isolation and quiet’, Hugh says, ‘and I think that these photos do manage to capture that quite well. I did do a photo session with my model, yes,  but I need more time to do a bit of post-production work on these. I’ve found that there’s a different set of skills required in SL photography to make the photos come to life where a model is concerned, such as the posing, so making the photos not look quite so static is something I’m still working on’.

I’ve visited Eden Parkland myself and found it gorgeous, quiet and a good spot to reflect. Ideal for being in world, undisturbed in the main, and allowing me to work on SL Naturist blog. So I’m not going to be sharing the landmark with you! 🙂

Ah, OK…we’re all friends here. But I’m giving you this in confidence. Please don’t be sharing it around so that we’re over-run by boats mooring. This is just between you and I, right? 🙂