While exploring recently, I landed in Juicy Lips, a shop specialising in mesh underwear and genitalia. They also appear to have a female mesh avatar for sale at between L$250 & L$450, depending on the configuration you want. 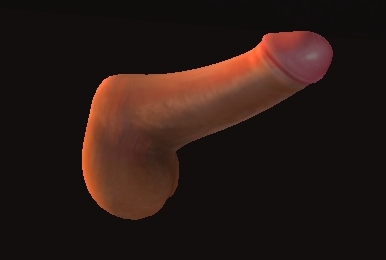 There’s also a free mesh penis. It would appear to attach to a non-mesh body (the things I put myself through for you!) but also appears to be permanently erect. A flaccid, free one might be a good thing for newbies to avail of.

The female avi looks detailed in her genitalia, but I’m not sure about mesh bodies, as I’m not a huge fan of mesh clothes and alpha layers. The female genitalia looks detailed enough. Indeed, the shop’s demo model probably shows the most realistic vulva I’ve seen in SL. I would, for the sake of realism, go for that if I was more confident about mesh as a whole. I suppose I should really read up on mesh a bit more and possibly try it out.

For anyone who is a fan of it, or an explorer into new(ish) SL technologies, you can try it out.