Chinese New Year on the 31st, today. And we’re celebrating it on SLN.

Three Asian avatars, all ex-pat Chinese, are celebrating with us in SLN style, and letting us know what Chinese New Year, and being Chinese in SL, means to them.

Chinese New year is on January 31st, Friday week, so stay tuned for posts relating to the event. We have plans for everyone! Or, at least, every SLN reader!

Xiu: Born in Hong Kong, now living in England, says that she feels ‘decreasingly Chinese’. Arriving in London after Hong Kong was returned to the Chinese from British rule, she admits she felt Chinese when she arrived ‘but with a sense of Britain and being British about me’. (Hong Kong was previously a British colony). ‘I spoke English’, she laughs, ‘but when I arrived it was mostly like a foreign language because I didn’t understand the accents’.

Fifteen years on, she says her sense of being Chinese has diminished greatly. ‘I was schooled in England, my friends are English, and my culture is western rather than Chinese. I really only plug into Chinese culture at New Year, and that’s because I see it as a sense of spectacle, not because it’s something that pulls my heart strings. I’m going to grow old and die looking Chinese, but without ever feeling Chinese’.

Xiu takes in a fireworks display in SL while… 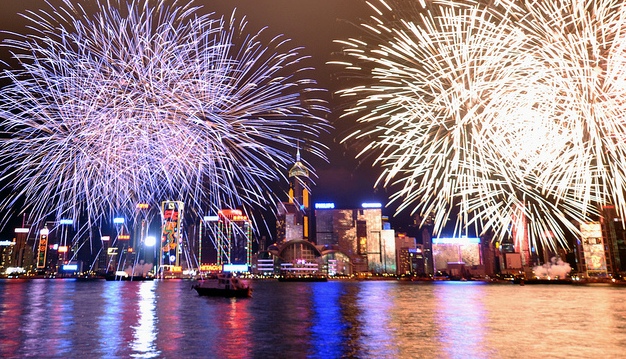 …Hong Kong’s skyline is lit up with ‘the real thing’

For Zhuo, it’s a different tale. Born in Holland, she says she feels ‘100% Chinese, and I adore the culture. I see it as my country, and I still hope to travel, freely, to the village where my parents grew up, some day. I don’t agree with the politics and the lack of personal freedoms. But I think that China will become the global world economy in the 21st century. Of course there will be troubles along the way. People will eventually take issue with a small, self-serving, self-styled elite. It will be interesting to witness a shift to democracy, and how China reacts to an influx of western culture, right across the country rather than in pockets. My feeling is that it may result in simply another small, self-serving, self-styled elite anyway. Not so different from the political classes of the west. But an openness that sees Christianity or Islam seep in or variety on television, clothes stores, western values, will be interesting. There’s a Chinese proverb, ‘may you live in interesting times’. I think for the remainder of this century, in the context of China, we shall all live in interesting times’.

Zhuo practices Chinese calligrapy in SL, and examines artefacts from the Ming dynasty.

Finally, Fu Kang, born in the US and who admits to using the name ‘Ken’ in everyday life, is somewhere in between. ‘I’m American, end of. But I still have great admiration for the way my great-grandparents arrived in San Francisco with only the clothes on their backs and had improved their lot to an extent that my Dad went to university and so did I and my sister. China couldn’t give our family that. America did. I decided on a Chinese name for SL just as a reference to my great grandparents. Later I adopted a ‘Chinese look’. But that’s the extent of me being Chinese. I don’t hang out at Chinese sims hoping to feel affinity with a few Chinese people. In fact, I don’t ever recall visiting a Chinese sim prior to doing these photos. I hang out at SL dances or whatever. The name is just an ice-breaker. Once I get chatting, the emphasis is usually on San Francisco more than it is China or the Chinese’. 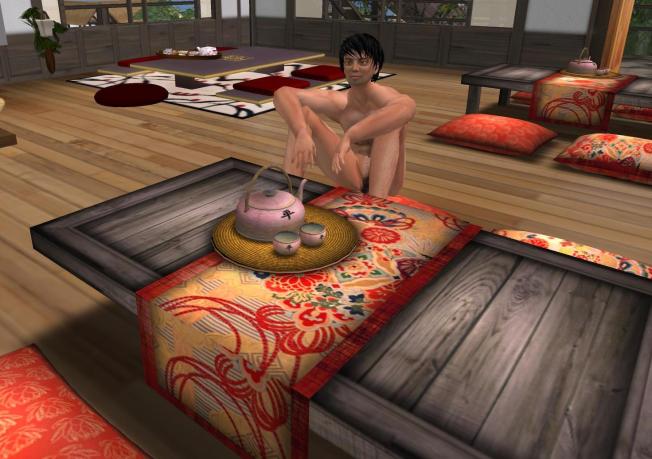 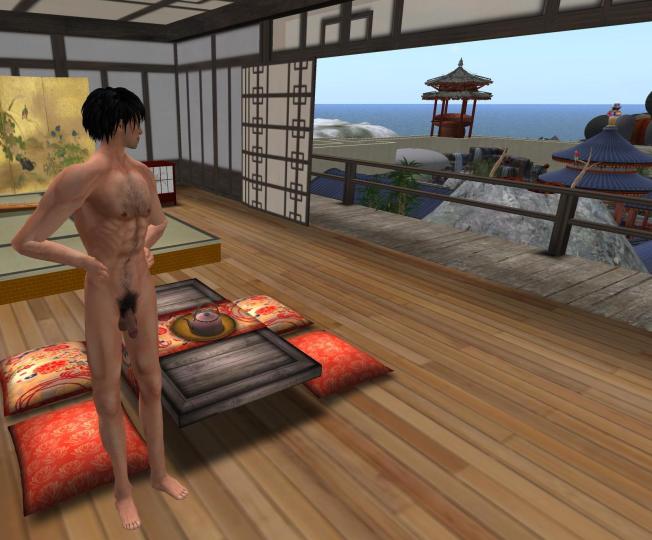