I’m always amazed just where SLN reaches. With Iceland in the news this week regarding a student being bullied online, the country’s women have taken to Twitter to object to bullying on social media by posing, in sizeable numbers, their support for top free equality.

Reader Ruth informed us that she found it surprising that this isn’t already the case in a country noted for its gender equality when we reported this story earlier in the week.

Now reader Gudrun writes and tells me that in real life she is one of the many women who have joined in with the campaign (and directed us to her Twitter page accordingly). She also said that as her real life avatar 🙂 has participated, then she should add her Second Life avatar to the list of participants.

My post on Iceland’s ‘Free the Nipple’ campaign resulted in a reader, Ruth, commenting on how sea bathing is almost impossible due to the sea temperatures (although I’ve said ‘almost’ because I’m sure there are some sturdy people who people who still take to the seas.

Ruth reminded me that a lot of bathing in Iceland takes place in the environs of hot springs, fed by volcanic activity.

My first mental image of an Icelandic hit spring would have been it’s Blue Lagoon hot spring (above), where swimming in warm water would have a backdrop of snow covered mountains or, at certain times of year, snow on the ground next to the springs themselves. What I hadn’t considered, though, was the fact that there were ample opportunities to bathe in the same hot water in a stream running through a green field!

Naturally, I began by researching Icelandic naturism, and attitudes to nudity there. It began with something of a negative, with a report suggesting that routine nudity in springs had been all but eradicated by tourism,  with loud screams from Japanese tourists and constant pointing and whispering among people from the United States.

I found this depressing. To have a tradition (any tradition, not just related to nudity and naturism) destroyed by tourism and it’s cultural imperialism…that is depressing. I’m not entirely certain as to why the Japanese would be singled out for screaming, though, as they certainly have their own hot spring -onsen- traditions where nudity (even if segregated by sex) is part of their culture.

Nonetheless, I pressed on with the research.

Icelandic Naturist website? An official body representing naturism? No. I couldn’t find one.

Eventually, though, I did find a report that told me that there are many hot springs and a rural setting where you can be naked. There are swimming areas in all regions of the country. There is no official nude beaches or dedicated nudist places in Iceland.The spas around Reykjavok generally do not allow nakedness. The same goes for the very popular and famous “The Blue Lagoon”

Well, at least there’s some rural settings where you could, if you chose, strip off and enjoy thermal waters. Google image search, anyone?

At last. Someone in Iceland, in a rural setting, nude, taking a shower in a hot spring.

And this, a young lady bathing topless (at the very least) in a spring near one of Iceland’s power stations.

But still not a lot, at least as far as Iceland is concerned, for a huge amount of Hot Spring naturist related activity. It’s probably more a cultural thing fed directly by the relative lack of opportunities to get outside, naked, even in summer, rather than for other reasons.

Then I read that Icelanders have a tradition on Jonsmessa, June 24th, where it is tradition to go outside an roll around naked in a field. The purpose of this Norse/Viking tradition is to prevent the ageing process, I’ve read.  I’m not suggesting that this remains a tradition in the streets of Reykjavik, but it’s possible that it still exists in some places. Jonsmessa, of course, is St. John’s night -midsummer- and despite its name predates Christiantity. There are a whole lot of pagan traditions that were tacked onto the Christian calendar, and this is certainly another one. Some websites reference it as ‘naked dew rolling’. How accurately that is how Icelanders describe it is open to conjecture, but it certainly is a wonderfully evocative phrase. I may even try it myself, without going to Iceland, later this year 🙂

What is interesting is the date, coinciding with similar festivals elsewhere which embrace nudity during part of the festivities. This year I’ll be in Spain again for St.Juan’s night where nakedness and jumping over bonfires is part of the evening, as is swimming naked at midnight. And yes, I’ll be naked, in the sea, at midnight, before jumping over a bonfire 🙂

Bringing this back to a Second Life context, I did a search for ‘hot springs’ and found there were several sims where one’s avatar could soak in water with steam rising off them, but all seemed to be onsen, the Japanese variety of the hot spring bath. We’ve covered the onsen in SLN before, but maybe it’s time for a bit of an update on Japanese hot springs, and get some in world photos of the possibilities it presents within the game. So that’s coming up over the weekend.

I’ve read that the ‘Free the Nipple’ campaign has got some traction in Iceland, with some of the country’s women taking to Twitter to highlight the issue.

This follows a student being bullied online for organising a ‘Free the Nipple’ support day in her college, prompting a reaction from many of the country’s women. 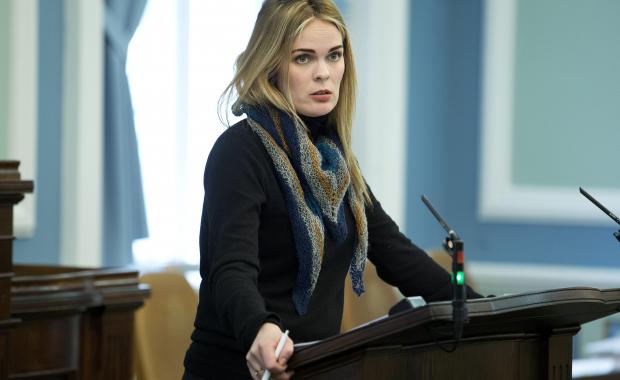 One member of the Icelandic parliament, Björt Ólafsdóttir, even took to the social media outlet to be part of the campaign, being photographed with one of her own breasts bared.

I adopt the view that, in the main, social media is a menace of the inane and pointless most of the time, but occasionally it has a viral power to react with a power of equal force, ultimately shaming those who seek to shame in the first instance. Whether two wrongs make a right, though….an argument for another day.