Diwali is a Hindu ‘Festival of Lights’, and it’s very familiar to many of us in Britain as some of our cities have large Asian communities whose presence enriches us in so many ways. 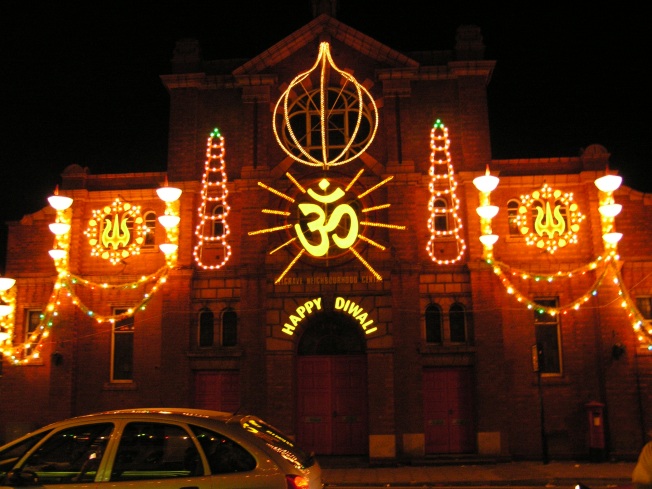 Leicester’s Asian Community centre, lit up to celebrate Diwali in 2013

I’m thrilled that, in my lifetime, the Asian communities have become assimilated into British life while still maintaining their own separate traditions and cultures which we, ‘white people of Britain’, have in turn embraced and recognise the positive role Asians play in the UK.

It’s not Diwali, but the members of this naturist club certainly have achieved a sense of the colour so prevalent in many Asian festivals.

A far cry from 1972 when, following the expulsion of all Asians from Uganda, on the orders of its dictator Idi Amin, 28,000 arrived in the UK in a fairly short period of time and there was the usual right-wing hand-wringing about where they’d live, where we’d house them, what jobs they could do.

I wish all of my RL & SL Asian friends a Happy Diwali, and their story, in the context of nudity, the Kama Sutra, SL et al is something we’ll also cover in out International Edition of SLN soon.