Do you know who Josephine Baker is?

An American-born dancer whoo continued to work in German-occupied France during World War 2, she’s maybe better known for her dancing (topless) than the fact that she continually aided the French Resistance during the war, and was asked to lead the American Civil Rights Movement following the assassination of Dr. Martin Luther King.

Her ‘banana’ costume has endured and (see above) was revived a few years ago by Beyonce for one of her own stage costumes (complete with top…that’s….progress?)

Anyway, the bi-annual Cart Sale is on at The Wash right now, and one of the items you can pick up is an outfit called ‘Josephine’ in obvious homage to the great lady. (The tp takes you directly to the cart in question…be sure to check both sides of it to see the ‘Jospehine’ costume).

Is there a link between naked dance, as it often appears on staage nowadays, and naturism?

I think there is.

Cover of a 1956 edition of British naturist magazine ‘Health & Efficiency’

In its earliest days, naturism was closely linked to the benefits of sunlight, exercise and health. Britain’s leading naturist magazine is called ‘Health & Efficiency‘, for goodness sake! Across Europe and north America, the lifestyle was closely linked to its health benefits. And so some extent, all of that was true. Sunlight did provide health benefits. Exercise (now, as then) does provide health benefits. Clubs promoted themselves as ‘sun and health’ clubs. And sometimes, within them, there remained an emphasis on being active, through swimming, mini-ten, gymnastics and so on. To some extent, that remains the case today. While naturists do like to sun themselves, they also like to indulge in physical activity, which is why the likes of nude-hiking or nude-cycling are popular within the naturist movement.

And sometimes, in this historical context, nude dance was also a form of aerobic exercise (although not called ‘aerobic’ in those days).

It’s probably unsurprising, then, that nudity began to creep into stage dance.

Consider the likes of the Folies Bergeres in Paris, and possibly its most well-known member, Josephine Baker (who was also a spy, for the Allied Forces, during World War 2 in German occupied France).

Consider, too, the Ziegfeld Follies of New York. Although they didn’t dance nude on stage, many of the chorus line have become known for appearing nude in a book of photographs by Alfred Cheney Johnston. Entitled ‘Enchanting Beauty’, and published in 1937, it airbrushed the pubic region of the models to keep within the borders of ‘decency’ at the time.

Some of these have, of course, become widely circulated -untouched- in recent years.

Also in Paris were ‘The Bluebell Girls, who performed semi-nude tableaux vivants. By setting themselves onstage, semi-nude, prior to curtain up, it was permissible for them to be there as ‘living statues’, rather than as dancers. As long as they didn’t move, the semi nudity was acceptable. 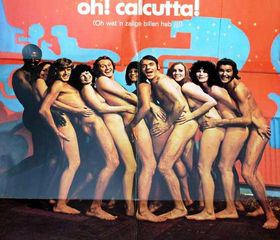 Eventually, nudity has beome a staple of modern dance, and it’s being argued that it pushes the boundaries of nakedness , although other societal events such as the World Naked Bike Ride, Burning Man and so on have played their part in ‘normalising’ nudity -which, I’ll argue, was never abnormal anyway. On the other hand, there are elements within 21st century that are determined to keep the human body seen as something to remain covered and out of sight. I covered this element of modern life in the now cancelled version of SLN10, but it’s a topic I may return to soon. I’m currently doing a re-write in the hope that I can get it published when SLN10 eventually does arrive at Christmas.

I will argue that there is something warped about many of the people who do oppose social or visible public nudity, as they’re almost exclusively right-wing reactionaries who appear to have no issue with war, death and famine being staples of the TV news, but who explode at the sight of Janet Jackson’s nipple. 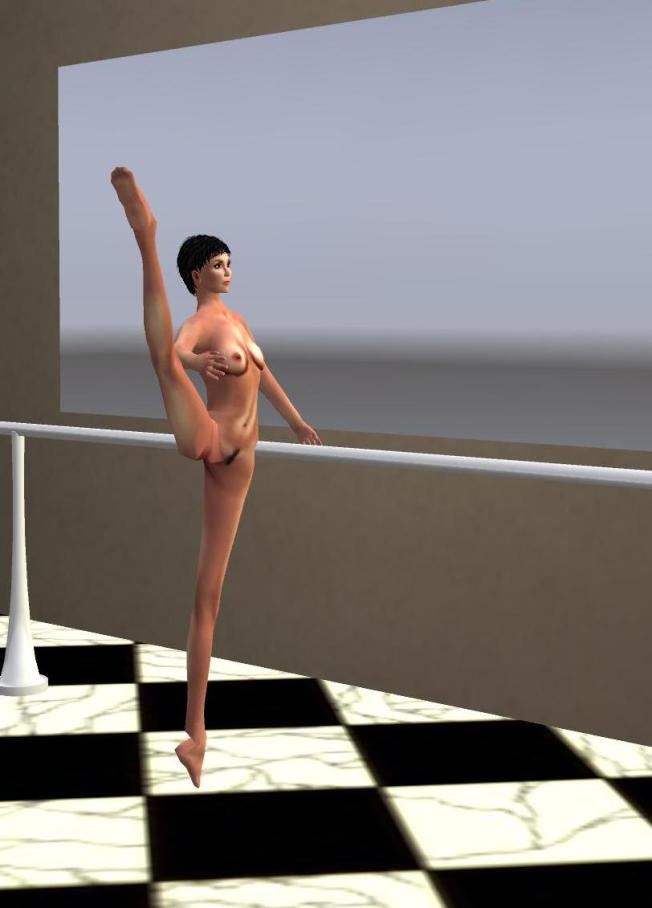 Dagmar, who has featured in SLN before as a flamenco dancer, warms up at the bar.

Joined by Rich, he dances, then waits backstage for his cue to return for the finale.