It’s two years old, but I only discovered this movie earlier this week. You can download it in SD or HD formats and watch via Quick Time. Yep, it’s Su Casa : The Movie.

Which set me off in the direction of Su Casa. You’ll all know we have an office presence there, so I thought that I’d head on over to Su Casa to bring you an up to date report on what’s happening there.

While there I met up with Gray Muircastle, who owns Su Casa, and is an old friend of SLN. He brought me up to date on recent changes to Su Casa, which includes an undersea area, a mer-area, and the games section of the main sim have now moved to a skybox, which has freed up space around the main tp point.

Up in those skyboxes is a karting track, built by Su Casa officer Jenny Sidderley, and what a great job she’s done, leaving it nicely uncluttered so best to focus on the track. Naked karting? Gray and I were agreed neither of us had come across such a thing in RL naturism, although the photos below certainly suggest it has been done in RL before now. 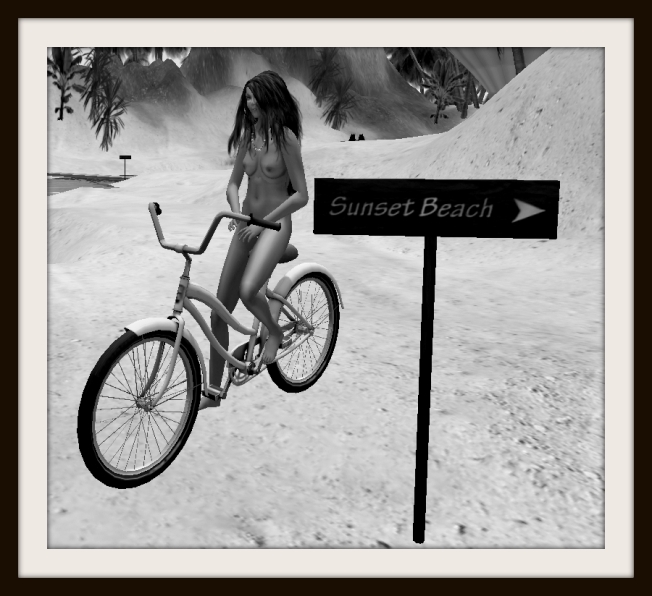 A quicker way to get around. Hire (Rezz) a bike and pedal around Su Casa. Watch out for the soft sand near the beaches! 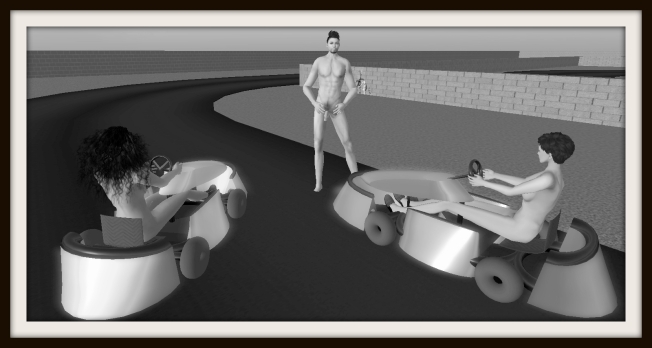 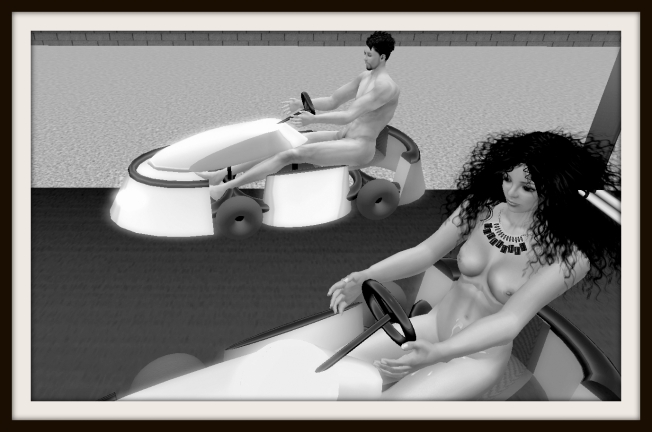 An even quicker way to get around! Try some naked karting at Su Casa’s sky platform.

Another new addition, the Mer undersea build, I’m going to leave for a separate post.