OK…not quite a scientific poll, but on the evidence presented in both July, when Pookes & I were here, and this week already (Day 2!) I can confirm that female pubic hair is making a comeback!

At least, it is in naturist circles in Spain, a location where it was on the endangered list for some years. The absence of it even led me, at one time, to buy some depilatory cream and a razor of my own! Yes…peer pressure (I alone of my circle of naturist friends here stayed ‘natural’) nearly persuaded me to go bare down there. Nearly. What led me to maintain that lady garden was 1. I hate the maintenance involved (I did go bare once and swore ‘never again’) and 2. Mr.Keng doesn’t like what he calls ‘a little girl look…yuck!’

So I’m delighted to see evidence that the bush is making a healthy comeback here in Spain.  We aren’t back in the ‘jungle’ 1970s, it must be said, but there is certainly a sense that the razors aren’t seeing as much service as previously. 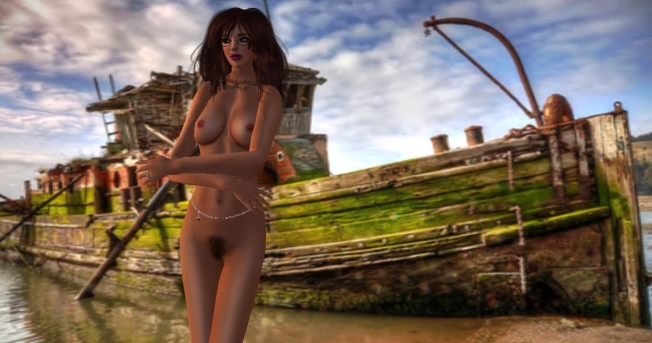 Yes, I know this will leave many males (particularly of a younger generation) despairing, but I’m delighted on the basis that I see naturism as about being an individual in an individualistic lifestyle. And it seems to me that many female naturists were less individual in their choices here than might be expected, following fashion trend, peer pressure and, yes, the pornification of the female genitalia.

So on that basis it’s good to see that there has been a partial retreat from the tyranny of the razor. Yes, there’s a bit of trimming going on, but it’s back, in naturist circles, and that’s good to see (from a personal perspective).

One demographic that isn’t, apparently, abandoning the razor is the older generation of female naturists (men, too, in the older age bracket also appear to have discovered a love affair with the razor). I put this down to the greying and thinning of the pubic hair, and this -the greying element, certainly- means shaven genitalia provide a more youthful look.

Anyway…that has been the observations from yesterday afternoon and this morning’s rather chilly sea-dip. I’m off shopping now! See you all later! 🙂