I saw the photo (below) online and it led me to thinking how often I’ve been in the same scenario quite often in world and, sadly, not quite so often in RL, although it is still a scenario I’m happy to report having been in on more than one occasion! 🙂

It’s probably a voyeur shot of some description, although I’m happy to include it here (normally voyeur shots don’t make it onto SLN) because the model and photographer’s faces aren’t straight to camera, and there’s no genitalia on display. It’s probably a typical scene for many who’ve taken naturist holidays, with couples taking photos of each other for private consumption, and a reminder of the heat, the freedom and relaxation a naturist holiday provides.

With that in mind, I decided to do a little photo session to show how things sometimes look ‘behind the scenes’ in the photos I bring you on SLN. I will often use the camera attachment, not because I feel any sense of desperation in making it as real as possible, but because with a camera in my hand it sometimes becomes wholly apparent what we’re doing and we generally get left alone (although some males still, apparently, do still try to strike up conversations with beautiful women clearly posing for me).

Just a job hazard, I suppose.

Anyway…I’ve shown (below) how our scene usually looks, as I get a model to run through poses while I tinker with the light, the location, and other elements. 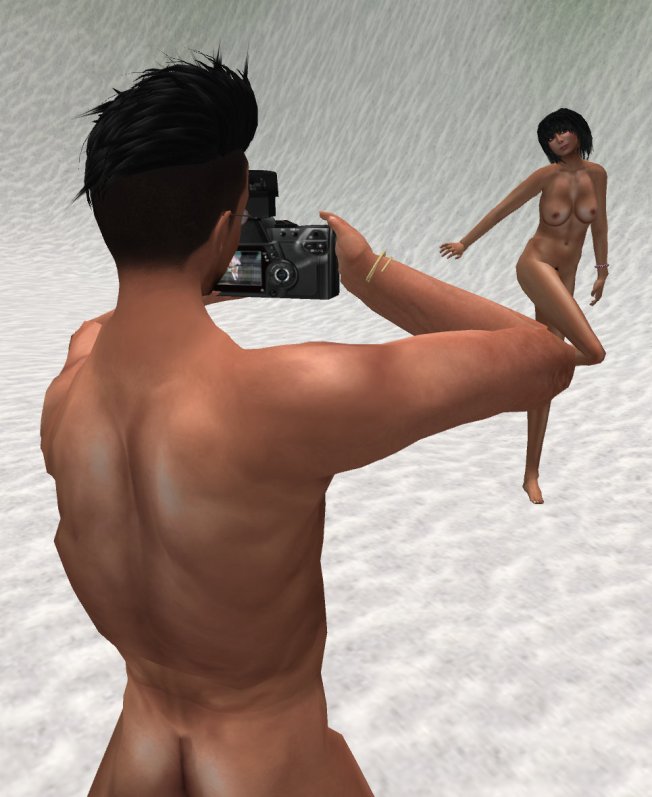 Finally, I’ll ‘get it back to my studio’, i.e. I’m offline and doing some post-production, and turn it into the finished article, as shown below. 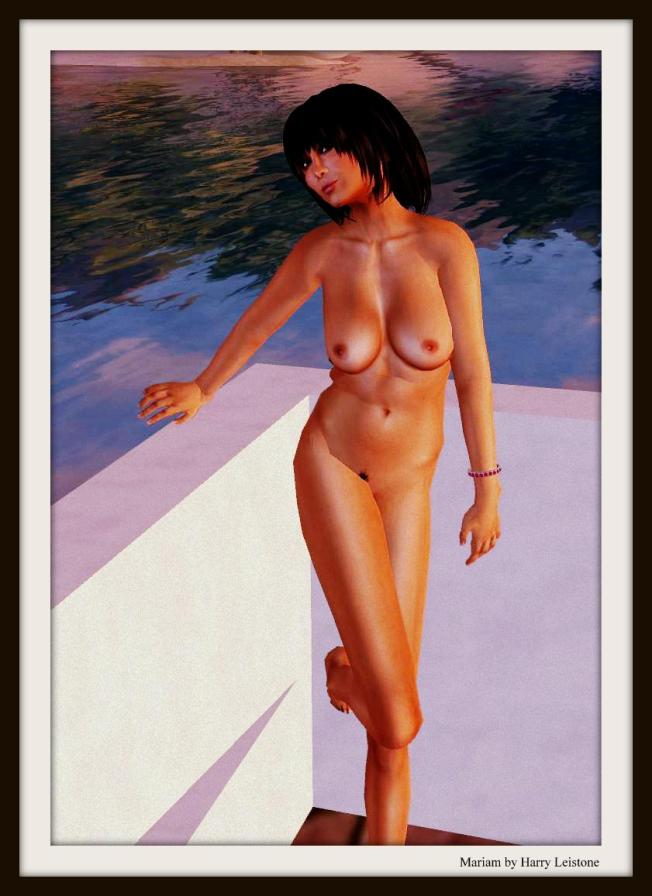 Despite having a little moan above about passers-by striking up conversations with the model(s) in IM, generally we have the time to get into conversation with strangers. It’s all part of the wonderful aspect of SL sociability, isn’t it? Occasionally, I’ve even persuaded the odd passer by to pose with us. I don’t pay for you to model, but if you happen to bump into myself and one of my models, and do pose for us, I ensure I’ll get a framed photo sent directly to your profile, as it’s maybe something you can hang on the wall of your SL home to remind you of the afternoon your were a nude model in SL! 🙂