I don’t have time for social media. By that, of course, I mean I don’t have an appetite for it, not a lack of minutes.

I don’t do Facebook (and in fact actively loathe it), and I don’t do Twitter or Instagram or any of those other ones. One, because I don’t trust them in terms of data privacy concerns (there’s no such thing as a free lunch, remember?) and two, Facebook in particular is an example of no moral compass being applied. No? Some time back FB was permitting videos of beheadings, but refusing to permit nudity of any description, including breastfeeding photos. Now, I don’t know what your definition of ‘harmful content’ is, but in mine I think it’s more harmful that children, young adults, the over-sensitive and vulnerable can readily view graphic violence while a very natural part of the post-childbirth months is banned.

Don’t imagine I’m preaching a case for nudity here. I’m not clamouring for the opportunity to be faced with breasts every time I might open up Facebook. I understand why they might not wish to open up a legal can of worms by all manner of ‘revenge’ photos being uploaded to it. I quite understand that may be the thinking and policy. But do I want to entrust my data with someone who can’t differentiate between the morality of video beheadings and a proud mother feeding her new-born child?

And so I steer clear of them all, primarily on the ‘data privacy’ issue, as I say. Bare boobs are essentially neither here nor there. Besides, does anyone really want to know I’m having spinach for dinner? I don’t think that qualifies as ‘news’ even from interesting people. 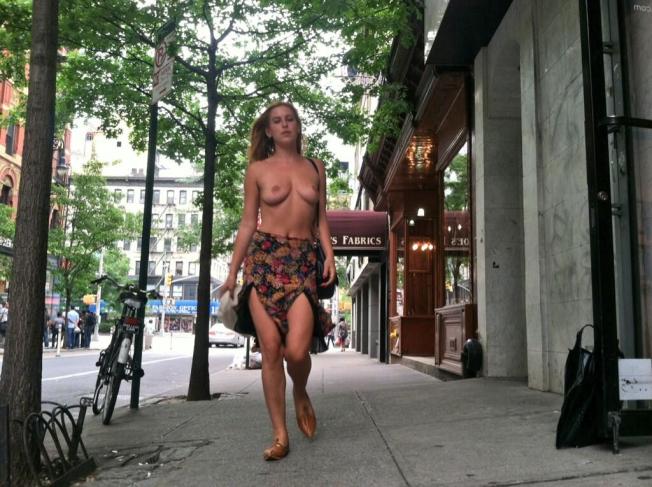 Scout Willis, daughter of Demi Moore and Bruce Willis, decided this week to protest against Instagram’s bar on nipples by taking to Twitter (I think I’ve got that the right way around…all of these social media outlets blur into one big mess of narcissism after a while) and wandering around the Lower East Side topless. ‘Legal in New York, but not on Instagram’, she said. Which is a silly state of affairs when you think about it.

Of course, the protest is, in itself, a bit silly, all a bit ‘First World problems’, aka ‘White Whine‘. If she’d been protesting about the oppression of women in other locations around the world, using the obvious magnet of bare boobs to draw in an audience to highlight rape, female genital mutilation, starvation or something else….fair enough. But to be protesting against, well, the well established policies of a social media outlet -however silly those policies may be- is silly in itself.