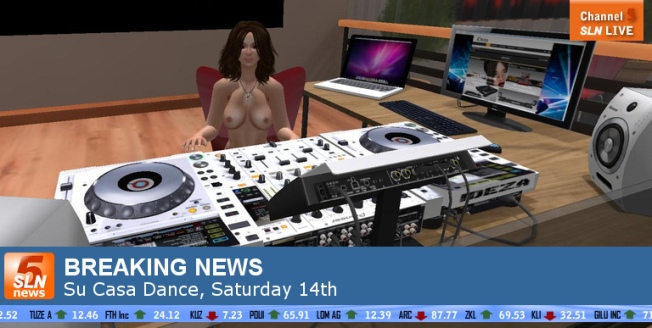 ‘Hi! Hanna Ferryhill here at the SLN Media Centre where the top story tonight is that Su Casa Naturist will be holding a dance next Saturday, June 14th, between 8-10 AM, SLT’.

‘An unnamed source has told SLN Naked News that the DJ will be Scarlett Qi and we have one of our reporters over at the scene now. Can you hear me, Howie Lamilton?’

‘Thanks, Hanna. Yes, I’m here at Su Casa where a low level of activity can be reported in advance of next Saturday’s dance right here on Su Casa beach. As you’ve already reported, we’ve got confirmation that it will be between 8-10 AM, SLT. That’s 4pm to 6pm, British Summer time, or 5pm to 7pm, Central European time, so clearly the dance hopes to attract a pretty sizeable European audience. As you’ve also said the confirmed DJ is Scarlett Qi, something of a legend on the decks of SL, and the place is certain to be rocking when she takes to the stage next Saturday. And with that, I’ll hand you back to the studio. Hanna?” 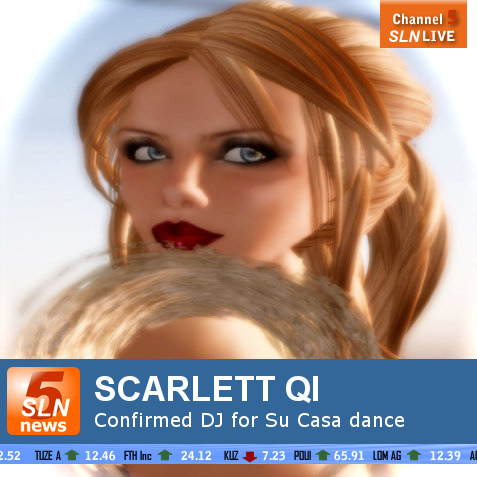 ‘Thanks Howie. The Su Casa dance is a regular event, and often recorded on Flickr. In another coup for Su Casa, celebrated SL photographer Stephanie Stringer will be recording the event for posterity and adding photos from the gathering to her flickr page. When contacted, Su Casa manager Gray Muircastle confirmed that the theme for the dance next Saturday would be one of ‘superheroes’, following on from their last successful 50s themed dance.’ 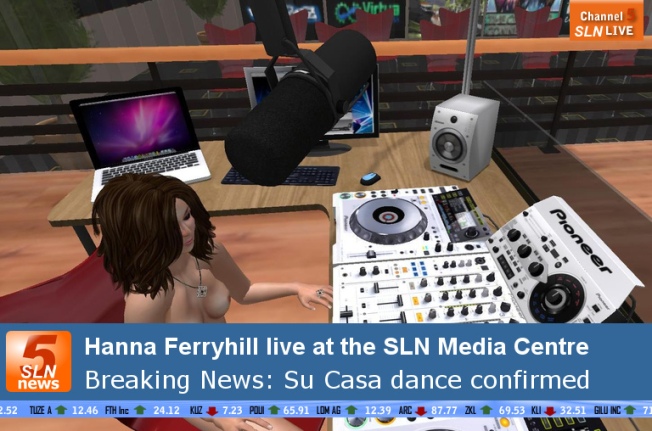 ‘And that’s it from us for now…more news, on the hour. I’m Hanna Ferryhill reporting for SL Naturist News’.

Models: Hanna Ferryhill & Howie Lamilton (thanks to both for being such good sports about the concept!)