Harry says… ‘In the main, I don’t ‘retouch’ or manipulate the photos I take, apart from cropping the pictures. But with this set, that has changed. The premise for this shoot, and what I hope will become a continuing series, was to create a ‘vintage’ look to some photos.

I do enjoy naturist photography, both as a photographer in and out of SL, and also from the perspective of collecting images. There’s thousands of vintage naturist photographs on the web, and I do love them for the sense of innocence, the carefree nature, the slight sense of ‘danger’ faced by a less tolerant and morally uptight society for whom the subjects might have faced all sorts of difficulties in their lives had their participation in ‘nudist romps’ at the ‘nudist camp’ become known.

In my RL photography, I don’t get the chance to re-create those times or that look, but in SL everything is possible.

As a result, after discussion with Ella, I rounded up my SL friend Peggy and we set off with the intention of re-creating the 1950s, and a sense of 1950s naturism (or nudism as it was probably called back then). There’s a load of 1950s styled sims around the grid (as well as other eras, of course). We don’t just need to live our lives in a 2012 Second Life. We can live our SL days in almost any era, past or (imagined) future.

So…with that in mind, Peggy and I bought up a ‘beehive’ kind of updo hairstyle, and in the days before women shaved their pubic area, aimed for a fuller pubic area. We tp’ed into several 1950s locations, which we won’t name, as these may not actually be sims that encourage nudity within, or may be PG.

Here’s just a few of the photos Peggy and I managed, and if this page proves to be popular, I shall make it a continuing series, attempting to bring you a vision of what 1950s SL (and 1950s SL naturism) might have looked like. Thanks for indulging me, and enjoy the photographs.

I’ve also done something I’ve never done before, and that’s use the editing capabilities to change these from photos to pencil drawings, sketches, etc, and also ‘wash out’ the colour to give the photos a sort of Kodachrome feel.

Just a quickie in this ongoing, occasional series.

Managed to procure a 1920s styled skin and hair for a model, and a similar era swimsuit and hair(s) for the lady. Love the pencil moustache and hair on both models!

I’m going to return to this 1920s theme soon, after I’ve sourced some suitable locations.

Picking up on the vintage theme again, I managed to source some free ‘flapper’ style dresses, and encouraged our male model, Don, to pose again with a new model this time, German girl Dagmar whom I met recently.

I know, these aren’t remotely ‘naturist’ in intent, but they have a curious quality set in a 1920s decor and the female in 1920s dress. If these ‘vintage’ sessions continue, it’s possible I may have to hive off the photo sessions I do to a whole new blog, or else link through to a tumblr, picasa or flickr site.

My fascination for ‘vintage’ continues, and I’ve used the same models, Don and Dagmar, again, as both are as interested in historical sims on a day to day basis as I am in using them as a backdrop to photo sessions. Once again, they aren’t particularly ‘naturist’, or even photographed in a naturist location. This time, we’ve set down in Ypres, Belgium, sometime between 1914 and 1918. Due to its strategic position, Ypres was a key battle point throughout World War 1.

A selection of 1950s styled naturist shots now. The model was given a 1950s hairstyle, and her pubic hair made full to reflect what was more the convention of the period. The first one is in a Cinemascope style (image this beauty flickering across the screen of your 1950s flea pit!) and also manages to follow what might have been 1950s B-movie ‘skin flick’ convention of the time -no genitalia on view! I think my favourite from this shoot is the third photograph, with a period sort of pose, in black and white, and working for the camera, breasts thrust to the fore. While the poses are pure glamour, I do think they evoke a period of 1950s ‘nudism’. Next time, our model really does need to pose with a beach ball!!!!

Just a short and sweet post today, to replicate a RL pic, which is… 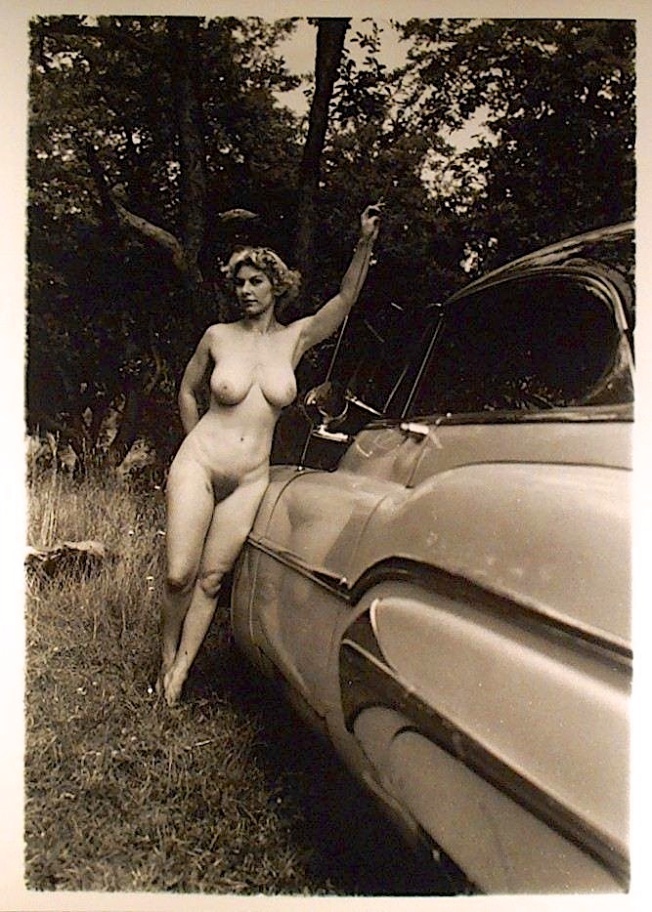 I really like the fabulous 1950s vintage of everything in the photo, the car, the fresh-faced girl, the unforced beauty of the model (both car and girl!). So I’ve attempted to recreate it as best I can in SL with the assistance of model Lynda.

Just a quick session, with just a couple of pics, of which this is the best.

LINK FROM ‘THOSE NAKED VICTORIANS’ (October 2014)

The following are a series of definitely NSFW (not safe for work) photos from the early days of photography which demonstrates that ‘the Victorian era’, and the dawn of photography, established themes for photography that continue to this day. 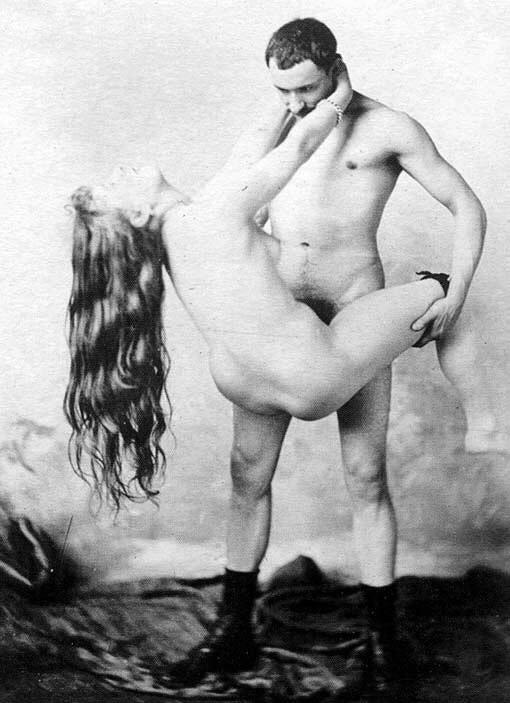 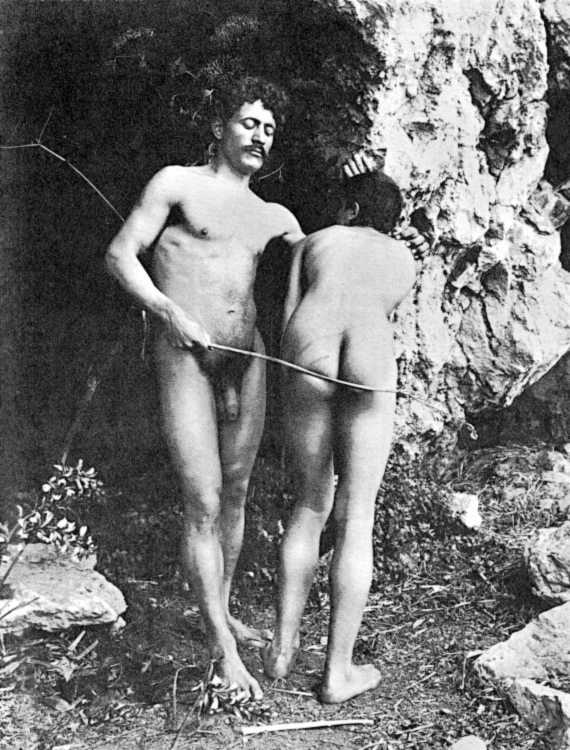 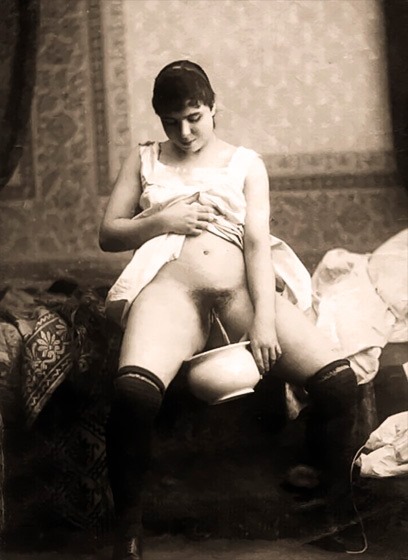 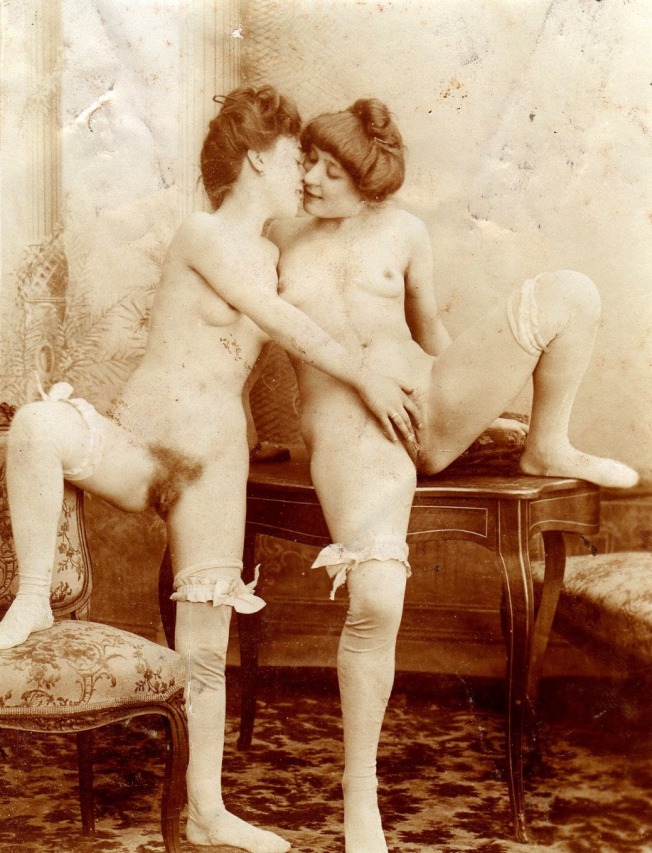