Brazilian singer Barbara Eugenia has performed naked on stage in the Brazilian city of Sao Paolo.

I’m not familiar with her music at all, but she’s apparently very popular, and no stranger to nudity, as this video for one of her songs, Jusqu’a La Mort, shows. Confusingly, the title of the song is in French, and means ‘Until death’.

The video is all rather artily shot, her face never clear, and while Barbara sports a couple of tattoos, well these could surely be easily replicated on a model, couldn’t they?

I should also add that I’ve listened to some other of her other youtube videos and the music is all rather good. This is not the music of a newcomer projecting her body as a distraction from rather feeble songs. The music sounds moody and beautifully sung. Put it like this, I’d buy it! No, Barbara is now 35 as she releases ‘Jusqu’a la Mort’, and follows it up with last week’s Sao Paolo performance.

‘What are you afraid of?’ the banner reads in Portuguese

Holding a banner that says ‘What are you afraid of’ during the concert, which began clothed, we tried to find out if it was some sort of protest or exhortation for people to lose their clothes. 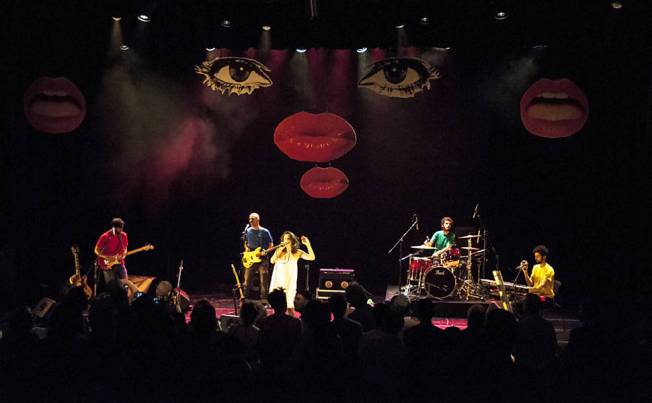 I’ve only found one site which shows photographs of her nude performance, and information was limited as to her reasoning. But her Facebook page is a little more forthcoming, where she has written about the motivation on a website called Journalistes Livres (Free Journalism) and says -we’ve received the following synopsis via our Brazilian correspondent Natalia-

We are human, made of flesh, and are an ingenious machine. The body is only this packaging, this vessel. It’s natural and it’s beautiful. At some point in history, they decided it was ugly and vulgar. Especially the female body.

Thinking about this, I had the idea of ​​doing a performance, an intervention on my show. Get naked and say a few words to show that a body is just a body. Arriving at SESC Belenzinho, the venue, I spoke to my dear partner Tata Airplane and Peri Pane, which would take part in some songs, and invited them to come with me holding a writing group, “you are afraid of that?”
Man, woman, we are all made of subatomic particles.

This show happened the same weekend in which women (and many men) took to the streets to protest an absurd piece of legislation in which a raped woman is denied her rights.

Here’s a few more photos from the concert, for which we salute Barbara Eugenia as one of our ‘heroes of naturism’. 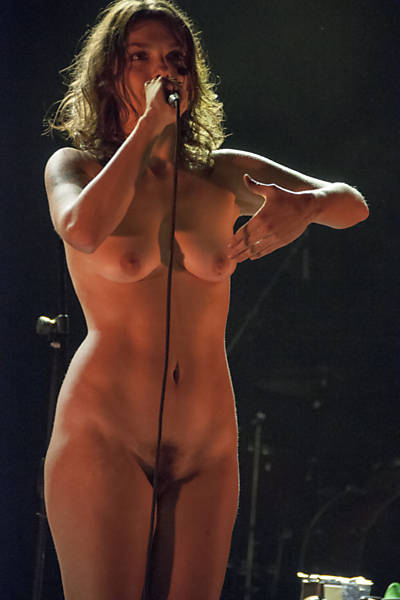 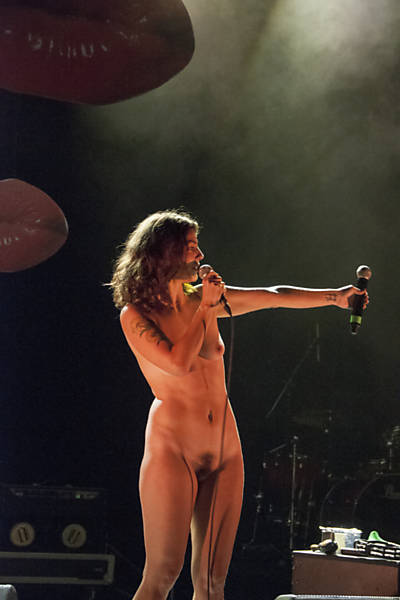 I’m glad now that we’ve decided to take SL Naturist ‘south’ for the winter. We’ve kicked off our winter coverage with a story we’d maybe never have discovered had we remained focussed on a northern hemisphere’s winter.

2 thoughts on “Heroes of naturism: What are you afraid of? Barbara Eugenia isn’t afraid.”