After a hard year, topped and tailed by the Charlie Hebdo massacre and the events of November 13th, French magazine L’OBS rounds out 2015 with a powerful image of French ‘liberte’ reminiscent of art that culturally defines the French Revolution.

And this, supporters of ISIS/Da’esh, is why we -democrats, free people- get to win, every time. Because we’re democrats, free and not a bunch of sad assholes still thinking we live in medieval times. Now, in 2015, go away as a beaten, dejected, defeated bunch of idiots. 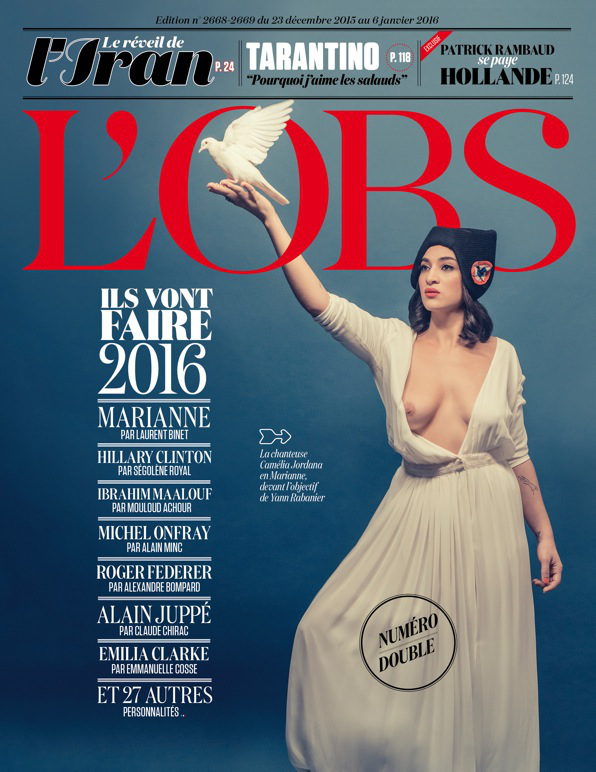