My first forays into naturism at Cap D’Agde were recently posted over a trio of posts. I’m glad to say that they appear to have struck a chord with some readers, and one IM’s me to say ‘these thoughts and memories from your naturist past are great Ella. Is there any chance you could do a couple more? My wife and I are off to France in August for our first naturist holiday. Any advice or thoughts would be appreciated’.

Yes. Of course I can publish some further memories. As you’re starting your naturist adventures in France, I’ll start there via a brief detour on the English coast…

Right after Agde, I went to university. As an impoverished student, holidays were the last thing on my mind, but I had been so bitten by the naturist bug that I kept trying to sneak in naturist experiences on the cheap.

Studland Bay in Dorset was one such adventure. 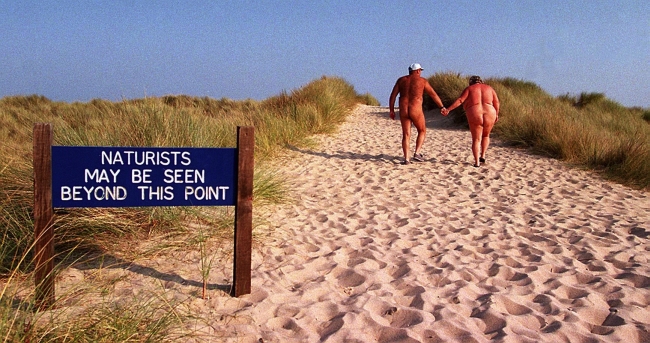 It’s not easy to get to without a car! Four of us, all university pals, got a train from London to Bournemouth on a Friday, and then cycled to the ferry that crosses to Studland. The intention was to pitch tents at a nearby campsite (textile) for the weekend, but the weather was exceptionally kind to us so we abandoned that idea (and the tents) to sleep under the stars. Illegal, of course, but when you’re 19-20 years old, everything is do-able without too much stress.

None of us were romantically linked…just two girls and two guys led and cajoled into naturism by yours truly!

The guys played frisbee and drank beer while my friend Rosie and I wandered the sand dunes as dusk fell, the last naturists on the beach. 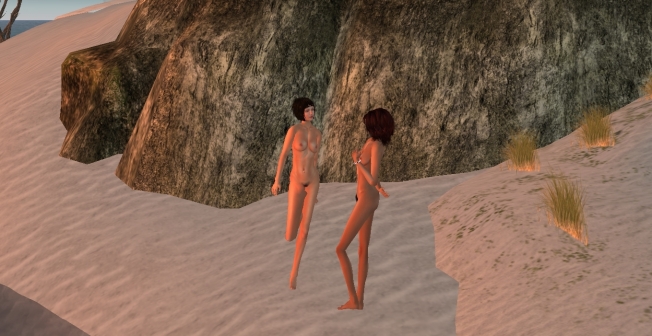 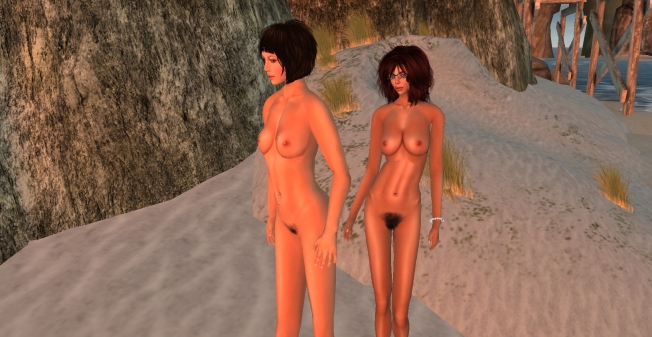 I would lose touch with two of my pals, Rosie and Dave, when we left university. I did also lose touch with the third, but became reacquainted with him a couple of years ago, quite by accident, when I learned that he had become so enamoured with naturism that he’s now a leading figure in one of the south of England’s leading naturist clubs. I won’t name him because doing so might ‘out’ him. I’m assuming he’s quite relaxed about being known as a naturist, but as I’ve not spoken to him directly about his views on being ‘public’, I leave his name off the list. That day was, as far as I’m aware, his public debut into naturism.

Roll forward yet another year and I’ve met, and fallen for, the man who is now Mr. Keng. We’ve been stepping out together for a short time and he mentions the idea of summer holidays, and my plans for one. I mention France. Camping. And naturism.

I’ll pick this up, somewhere on the Dover-Calais ferry, in the next episode of naturist memories.