The British comedienne -well known on both sides of the Atlantic, returned to British TV screens this week with one sketch (I’ve no idea if it’s going to be a recurring joke or not) featuring ‘topless feminist MP Sally Preston’. 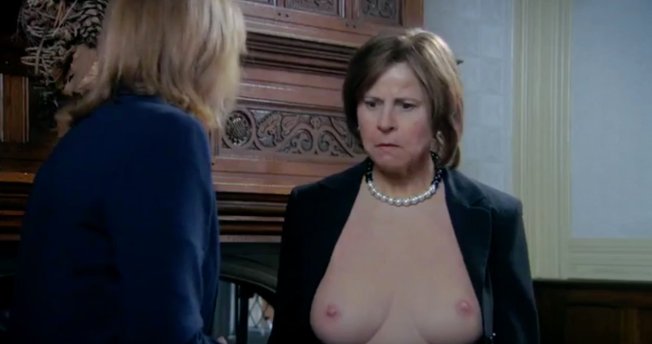 Those aren’t real boobs, by the way, but a rubber body suit. It’s interesting, nonetheless, that Ullman should choose to pick up on an equality campaign that we on SL Naturist have long supported. It will be interesting to see, if it is a recurring joke in the series, just how the media responds to it, and whether it’s being played for cheap laughs or has some bite in its support for top free equality. Watch this space, as they say.

One thought on “Tracey Ullman”